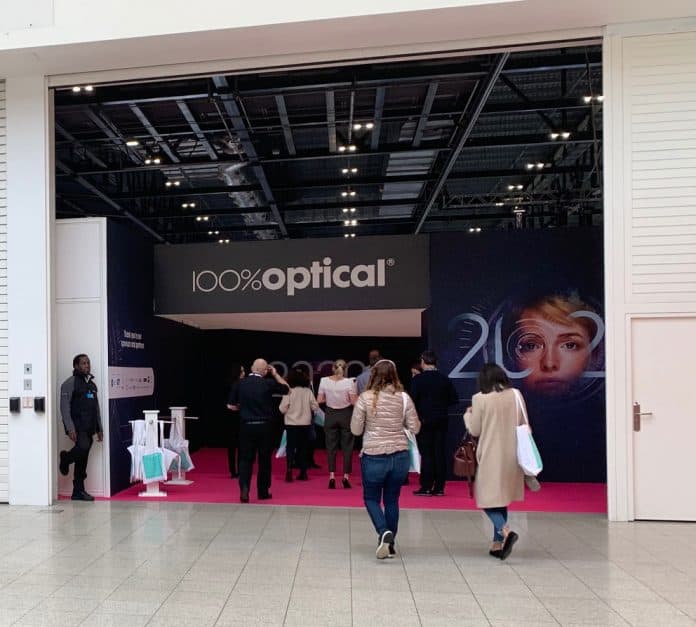 The Optical Journal took to the road last week to visit London for the 7th edition of 100% Optical, the U.K.’s largest optical show. Not only were we invited to be a judge in their first-ever Love Eyewear Awards, but I was asked to create and present two seminars at the very last minute.

With a couple of week’s notice, I shared our insights on Social Media for 2020 with a talk called “Social-Eyes”, and another hour-long seminar on Marketing called “My Eye Exams Are About As Good As Your Marketing”. It was fun to both create and deliver both sessions to a wonderful audience of optometrists and opticians from across the U.K. and from several E.U. countries, now that Great Britain is no longer a member.

The show, while smaller than Vision Expo East or West is a lot of fun to walk through. There were, of course, the big multi-national eyewear conglomerates. While their booths were comparatively large they were nowhere near as ostentatious as their Vision Expo counterparts. Perhaps it is the more reserved English sensibility. Perhaps it is that 100% Optical is still a relatively new and growing show. Whatever the reason, I welcomed their blending in a little more with the rest of the show and the other brands inside 100% Optical. It really made for a much more pleasant experience walking through the show. 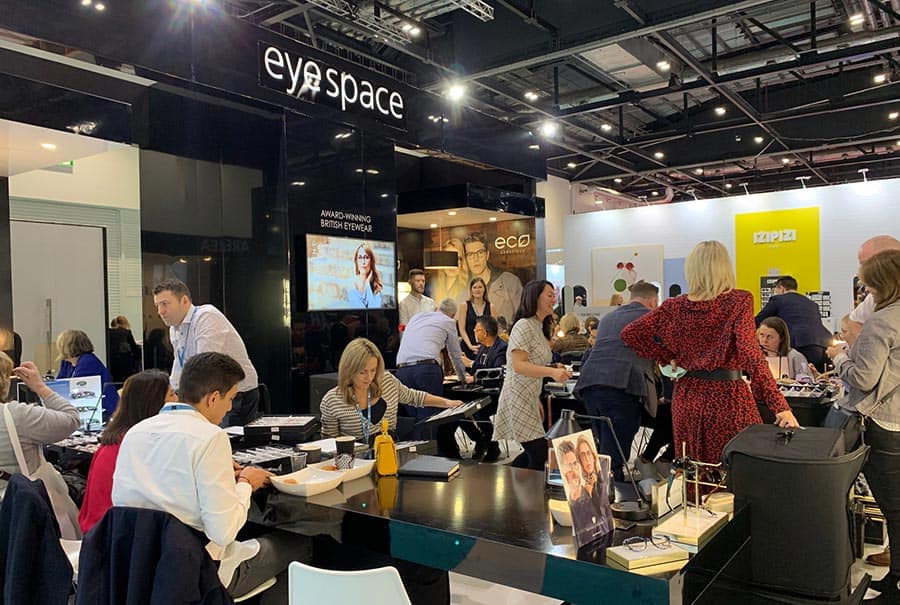 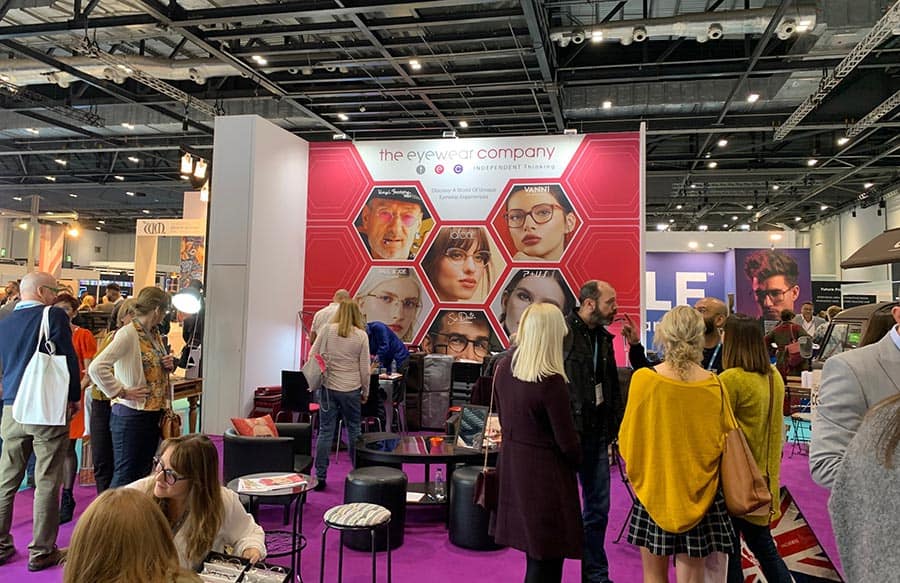 Don’t think the entire show was not a feast for the eyes in other ways. One of the highlights of 100% Optical that I have not seen at other optical trade shows were the regular catwalk fashion shows. These booming choreographed exhibitions were standing room only for each and every event, so much so, that you had to find other ways around the center during those shows. I’ve seen numerous catwalk fashion shows at Vision Expos in the past, but those were always put on by one company at a time. The fashion shows at 100% Optical were a cross-section of almost every brand name there. The frames the models were wearing were displayed on the large screen displays on either side of the catwalk so there was no missing where you could explore each design further.

There were, of course, a number of British brands there. From Jason Kirk of Kirk & Kirk to Robert Morris of William Morris London, all the great design houses in the U.K. were proudly represented at 100% Optical.  We saw Oliver Goldsmith, Tom Davies, Booth & Bruce, and more. We got to see Covrt Project once again after their premiere at SILMO and their award-winning exhibition at opti in Munich. Keeping everyone’s eyewear closely handy was the Le Kevin eyewear holder, another British company exhibiting at 100% Optical. We also spoke with a bright young gentleman named George Bailey, who as a college sophomore in England has started a new company making eyewear from recycled fishing nets called Coral Eyewear. 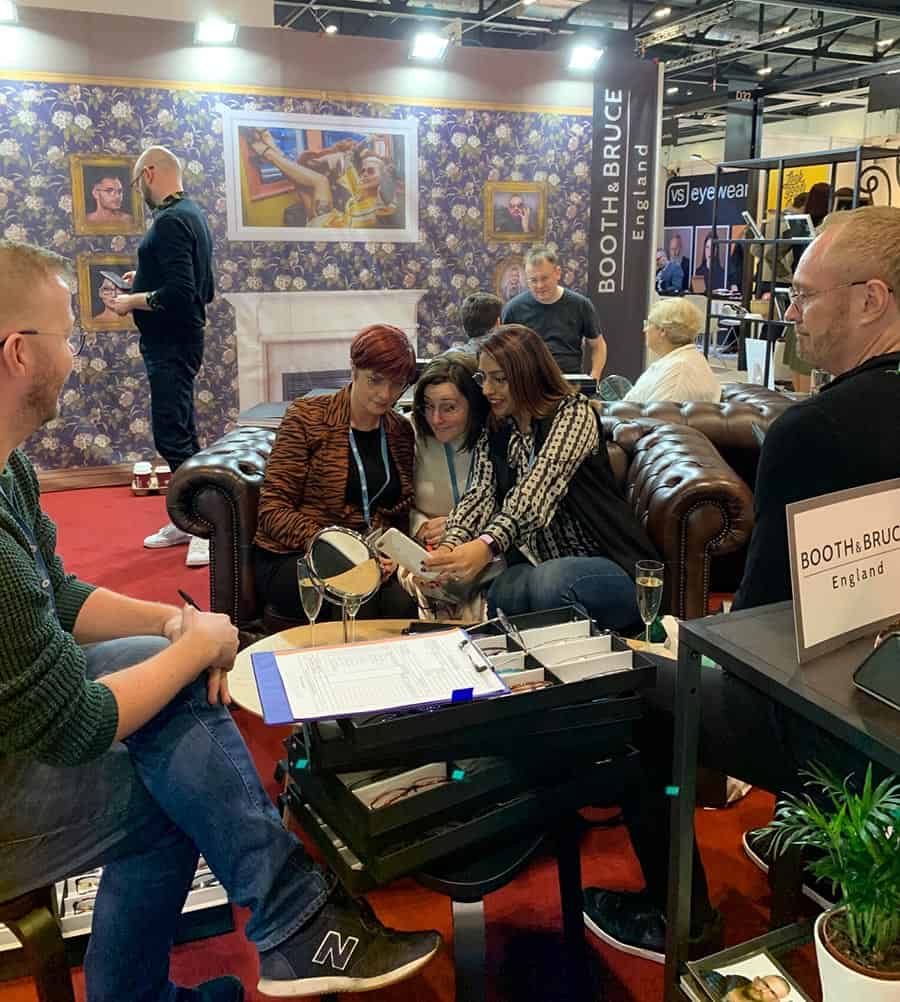 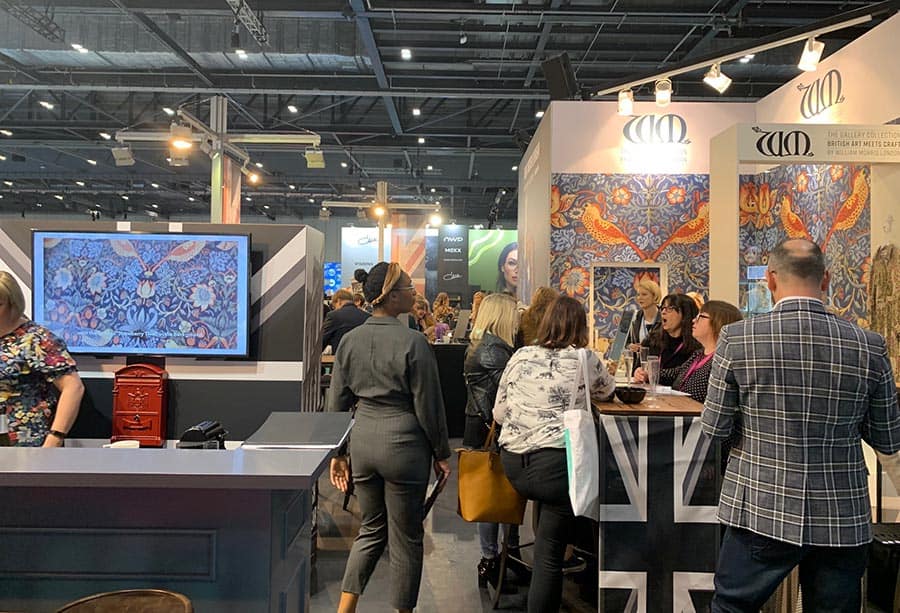 A number of U.S. companies were proudly exhibiting at 100% Optical as well. Brands like SALT, Bevel, Erkers 1879, Lowercase NYC, and Tavat. Tavat is half Italian and Italy was well represented throughout the exhibition hall as well. Feb31st and Lio had great displays of their eyewear as did numerous other companies like relatively new Italian eyewear company, called Unique Designs Milano.

Poland was well represented with Albert I’mStein Eyewear and Monobi eyewear jewelry that seems to attract a lot of attention at the show. There were also a number of great eyewear companies from Spain showing at 100% Optical. There were the lightweight and colorful designs from 27 Degrees Eyewear, the bold and colorful eyewear designs of wood manufacturer Nina Mur, and a brand new company called Manu Torres, who is making frames from leather and stainless steel.

There was a very cool new line from France called Alf and a couple of brands all the way from Australia as well, such as Van Staveren and MarcVincent. You know, after listing all these brands, the show seems a lot larger than I remember, which is a good thing. There was a lot to see but one never felt like you need a daypack and compass to navigate is all. There was a lot to see and try on.

We love Vision Expo and think attending every year is a requirement for those wanting to be at the top of their optical game in the US. We also believe a trip outside of the United States to a foreign optical trade show is something every optical should do every few years to truly expand their knowledge of our industry. 100% Optical is a great starter show for those who find international travel a bit scary. The trip to London from Denver was just 9 hours. There is of course very little language difference between English English and American English. One of the only things you must do when getting around London is “mind the gap”.

London itself is terrific. I spent a couple of extra days seeing just a handful of tourist sights once again. The people are friendly and welcoming. The food was pretty good most everywhere. The city is easy to get around too. 100% Optical was well worth the trip. I hope to go again next year and hope that some of you will join me there too. 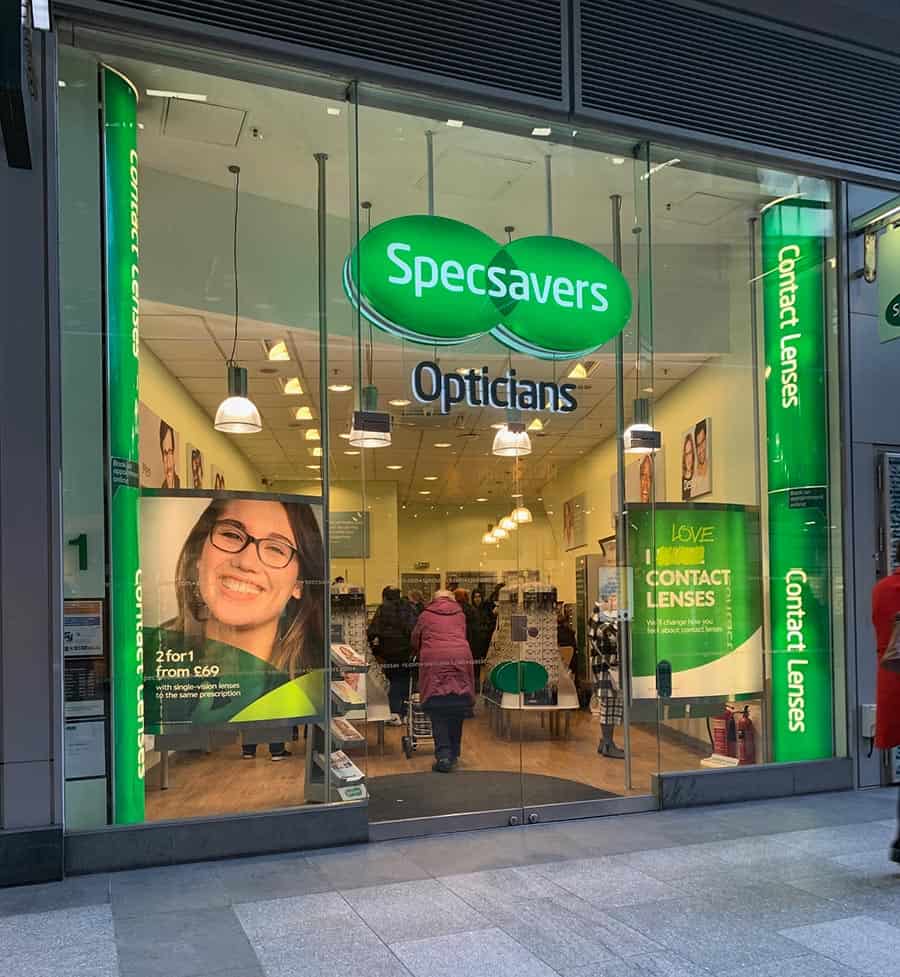 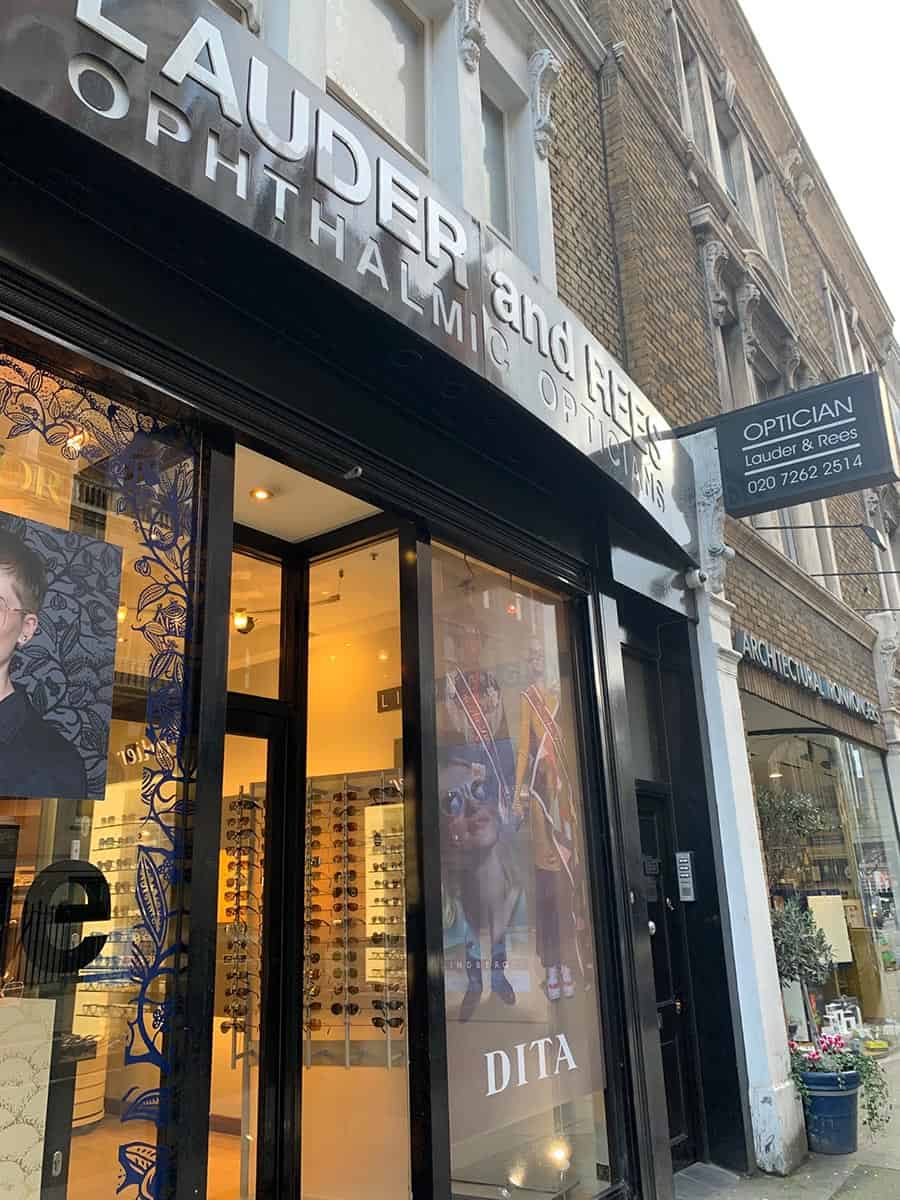 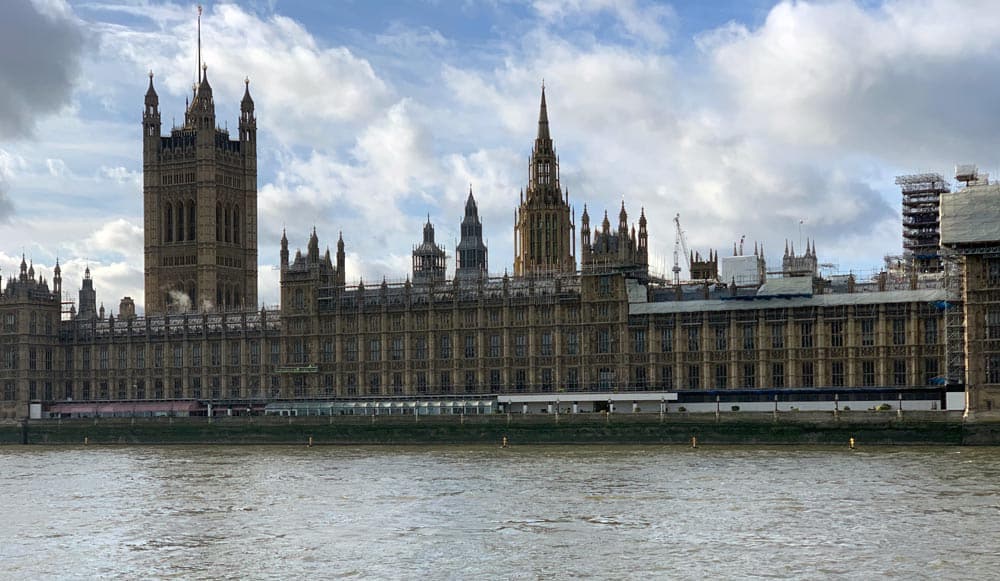 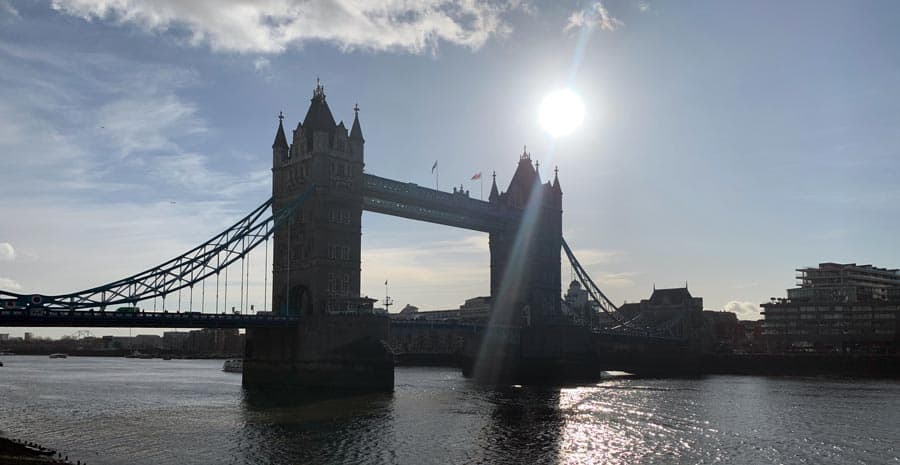 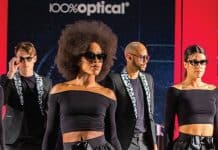 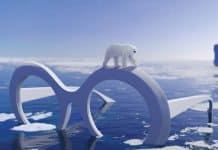