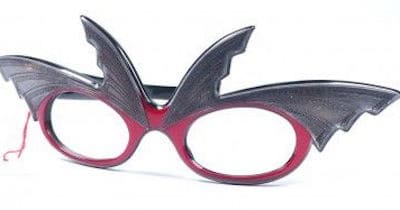 This year we decided to do countdown of Spook-tac-ular Shades for Halloween or Day of The Dead. The challenge is on to Seek New Scary Shades for one of the biggest holidays in the world.

Today we are starting out with Bats. Bats are notorious spooky creatures that surround caves, witches and warlocks.

1.) From Maarten Weidema of  Procchiali Studio who visited Pierre Eyewear at Silmo and discovered a unique Bat Shades look.

2.) One of ways to customize your Bat Shades is making a look from rimless eyewear. We love the Bogeyman Bat Shades. This look  can be carried out through out the years as well.

3.) Another Batacular Look from rimless was done in a contest sponsored by Santellini International.

4.) In case you want the look in plastic? Check out these rare vintage bat shades by Anglo American circa 1960. These are a very rare find!

5.) Another vintage look by Alain Mikli.

6.) The Sun Boy logo based on the 2003 “Batman Gothan Knights” of DC Comics.- Cat-glasses, created by Sun Boy.

7.) Could these be Batacular? I say yes, these vintage eyeglass can definitely work for a raving 50’s or Elvira look.

9.) An old RayBan look that we have never seen before, with a winged upsweep.

10.) The infamous Peggy Guggenheim Bat Glass in which several renditions of the is look have been made.

11.) ‘The CHANEL model A 40793 was a CHANEL boutique exclusive design tribute to Edward Melcarth’s infamous bat shaped shades. Originally designed by Melcarth for Vampira in the late fourties, these sunglasses were redesigned by Edward as butterfly shades for Peggy Guggenheim. Karl Lagerfeld presented the CHANEL fall/winter 2009 cruise collection at the Lido in Venice, Italy.‘ Read more at Sunglass Preservation

12.) Safilo’s remake of Peggy Guggenheim winged sunglasses. was in 2015.

14.) Another Frightening Fashion look by Fritz Frames that has a Bat Look.

15.) Then again, a special flat top look by Theirry Lasry in honor of Batman.

17.) As a tribute to Robin these Bat Shades were from 1966 and for the TV show Adam West

18.) Of course there is the novelty look in a mysterious mask.

21.) Bats are not new to batwalks! Of course there are several runway versions of ‘bats’a as seen on the blackbat walk.

22.) My personal favorite! This magical look by Meadham Kirchoff

24.) In another look in 2010: Polish born Anna Zasada – photographer Jacek Zajac did a series of black and white photographs featuring what else- Bat Eyewear 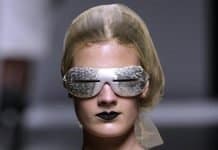 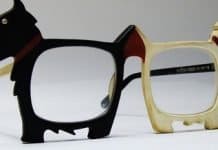 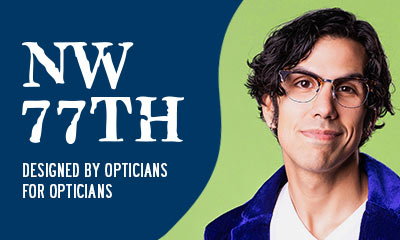