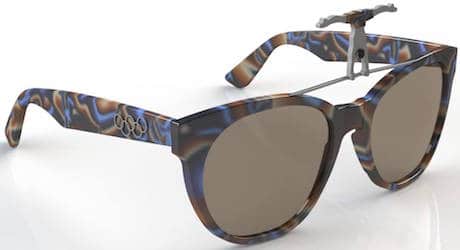 The Olympic Games start Aug 5- in Rio. Many people will be sporting their #Team #colors, but #eyewear fashionistas can sport various eyewear looks aside from patriotic colors. They could sport their favorite Olympic Event.

We searched high and low for appropriate and fun Olympic Game Shades to show your love for the sport.

Archery: I have no idea who made these this arrow sunglasses. But we love them! Archery first showed up in the 2nd Olympics in Paris in 1900. 84 nations have competed with the strongest showing by Korean Women. (Wikipedia)

We found a vintage Casanova with a person climbing.

The special edition Alain Mikli could be used for both Track and Ice Skating.

Basketball: Mens Basketball has been in the Summer Olympics since 1936 and Women’s Basketball since 1976. The USA  mens team has won 14 out of 17 and the women 7 out of 9 games.

Cycling has been included in the Summer Olympics since 1896. Mountain Biking started in 1996 and BMX in 2008. We love these bike glasses by Pierre Eyewear, that are still available today.

For Steampunker’s, we love the flip up bicycle look.

If you find one, the iconic Pierre Marly bicycle sunglasses.

Equestrian (Dressage, Eventing, Jumping, Polo) Equestrianism has a long history in the Olympics. Debuting in Paris, France in 1900 both individual and team medals are awarded. Women and men compete together on equal terms. (More information on Wikipedia)

Fortunately we have many choices to wear for any equestrian events.

Golf- Golf was featured in the Summer Olympic Games official programme in 1900 and1904. At the IOC session in Copenhagen in October 2009, the IOC decided to reinstate this event for the 2016 Summer Olympics. The event will be open to professional golfers.

In an interview with bunkered.co.uk in April 2016, swimmer David Wilkie criticized the re-introduction of golf to the Olympic Games. He called Jack Nicklaus and Gary Player’s claims that the Olympics would grow the game globally as ‘absolute bullshit’, while he also said that players who don’t stay in Rio de Janeiro for the duration of the Games can’t be classed as true Olympians (Wikipedia)

These golf inspired glasses were launched by Oakley in 2010

Modern Pentathlon, Triathalon and Shooting; Shooting sports have been included at every Summer Olympic Games since the birth of the modern Olympic movement at the 1896 Summer Olympics except at the 1904 & 1928

Badminton had its debut at the 1992 Summer Olympics and has been contested in 6 Olympiads. 63 different nations have appeared in the Olympic badminton competitions, with 19 appearing all 6 times. (Wikipedia)

Tennis (lawn tennis) was part of the Summer Olympic Games program from the inaugural 1896 Summer Olympics, but was dropped after the 1924 Summer Olympics due to disputes between the International Lawn Tennis Federation and theInternational Olympic Committee over allowing amateur players to compete.After two appearances as a demonstration sport in 1968 and 1984,it returned as a full medal sport at the 1988 Summer Olympics and has been played at every edition of the Games since then. (Wikipedia)

These tennis sunglasses were created for at Wimbledon in the 1950’s. They are by Oliver Goldsmith.

Martial Arts: Martial Arts Include: Boxing, Wrestling, Judo, Taekwando has a long history at the Olympics.

Boxing has been contested at every Summer Olympic Games since its introduction to the program at the 1904 Summer Olympics, except for the 1912 Summer Olympics in Stockholm, because Swedish law banned the sport at the time. The 2008 Summer Olympics were the final games with boxing as a male only event. Beginning with the 2012 Summer Olympics, women’s boxing is included in the program. Along with wrestling, it is one of only two sports that still require participants to have amateur status. From the 2016 Summer Olympics, Male athletes no longer have to wear Protective Headgear in competition, due to a ruling by the AIBA and the IOC, that it contributes to greater concussion risk. Female athletes will continue to wear the headgear, due to “lack of data” on the effectiveness of it on women (Wikipedia0

Wrestling has been contested at the Summer Olympic Games since the sport was introduced in the ancient Olympic Games in 708 BC.[ When the modern Olympic Games resumed in Athens in 1896, wrestling (in the form of Greco-Roman wrestling) became a focus of the Games, with the exception of the 1900 Summer Olympics when wrestling did not appear on the program. Freestyle wrestling and weight classes both made their first appearance in 1904. The women’s competition was introduced in 2004. In February 2013, the IOC voted to remove the sport from the 2020 Summer Olympics onwards. On 8 September 2013, the IOC announced that wrestling would return to the Summer Olympics in 2020. Along with boxing, it is one of only two sports that still require participants to have amateur status to participate in the Olympics.(Wikipedia)

What do you think of our Olympic Eyewear Selection? So many choices, we want them all. These are of course not all the sports being played at the Summer Olympics, I am sure we will find more!

We of course recommend if you are playing any sport you wear the correct protective eyewear and sunglasses to avoid any eye injuries. 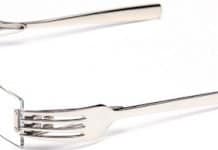 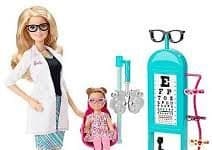