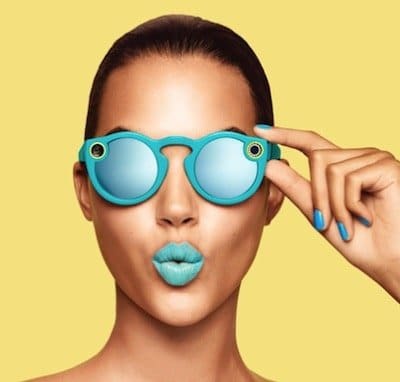 By our estimation there are over 80 Smart Glasses available on the market today. Many of these are available now or you can pre-order from their websites, Facebook or Amazon. Over 50 of these smart glasses are being crowd-sourced and the majority of those crowd sourced have made their funding goals.

Most are probably dreaming of the day to hit the mother board by being sold to one of the biggies: Facebook (Oculus Rift) Microsoft (Hololens) Google (Magic Leap. eyefluence) Samsung, Nokia, Motorola, Intel (Recon Instrument) SnapChat (Vergence Labs) and Toshiba.

Interestingly United States leads the pack in smartglass development. This is most due to the fact that we wear the products. But the next large market is set to be in Asia. Reports coming in state that Smart Glasses/ Augmented Reality Market will hit 2 Billion shipments by 2018. The uses are endless, in medical, work environments, fun, filming, education, problem solving, games, fitness and more.

Fun Stuff and Social Media Glasses : Videos, selfies, sharing, GPS and more are all important because God only knows why people think that we really want to know. Aside from that videos are big and available on almost Smart Glasses .

Gaming: Who wouldn’t go after this 630 Million dollar market in the USA? Obviously both Microsoft and Facebook did with the purchase of Hololens and Oculus Rift (both crowdsourced) Add in ad revenue and KerPow.. we have a winner.

1. Buhel – Bluetooth Smart Glasses raised over $400,000 on Kickstarter. Buhel SGO5 features bone conduction technology that allows you to listen to calls and music with no headsets or earphones, and bi-directional microphone and more. (Optical Journal)

3.) Zungle: Over $1,9 Million was raised on Kickstarter to launch Zungle who’s claim is to Wear The Beats.

4. S-Tone: Bone conduction sports glasses to enable listening to music through bone conduction. Funding was not achieved via  Kickstarter sport-tone.com

Smartglasses are here to stay. Currently they are more of medical, work and gaming accessory. As costs decrease and apps increase we will see huge growth in the market. Do not discount google glass, they are still in the game. 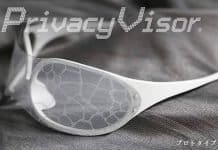 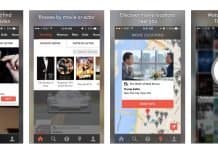 Where To Find What They Are Wearing In The Movies 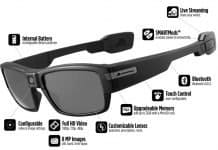 44 Top Smart Glasses Of The Future