The Lincoln by Seraphin Eyewear demonstrates a noteworthy tribute to masculine boldness. With its daring take on traditional men’s styled frames. Designed with a larger prominent face in mind, the Lincoln embodies modern masculinity with declared confidence. This notable appearance is revealed in handcrafted Italian acetate in four traditional pattern options of Midnight Fade/Midnight, Blue Demi, Olive Demi, and Honey Tortoise. This distinguished frame gets a modern twist with its three-dimensional silver diamond-shaped rivets, giving depth and visual intrigue to the peaks of the Lincoln

David Spencer, Seraphin Eyewear Founder & Designer says “I designed the Lincoln based off a previous Seraphin best seller, The Washington. Due to the recent progression in popularity of larger frames, I strategically enlarged this once conventional square shape into a more pronounced style. The Lincoln distinguishes itself from the rest with its assured masculine feel united with a hint of vintage décor.” – 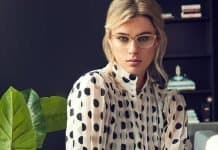 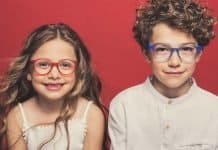 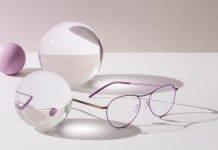