The initial styles include:

Each frame in the Barton Perreira x 007 Legacy Capsule collection will come with a custom branded Barton Perreira 007 sunglass case with cleaning cloth and features the original 1962 007 logo plaque on the temple tip of each frame. Coming off the heels of the No Time To Die film premiere, the Thunderball and Avtak frames will retail for $550 - $600 and will be available exclusively on 007store.com starting November 2nd. It will then be available at Barton Perreira stores and online at bartonperreira.com starting November 15th.

No Time To Die is currently out in theatres globally in the United Kingdom through Universal Pictures International and in the United States from Metro Goldwyn Mayer Studios via their United Artists Releasing banner.

Bill Barton and Patty Perreira innovated the art of seeing at some of fashion’s most iconic brands. In 2007, these eyewear legends set off on their own journey, coming together to create Barton Perreira. Their vision was clear. An independent brand that sees things differently, taking the time to invest in craftsmanship that produces nothing less than the finest eyewear in the world.  Distinguished for their passionate attention to each one-of-a-kind detail, Japan’s leading artisans ensure every facet of Barton Perreira eyewear is brought to life with precision and virtuosity.  Barton Perreira is sold at its flagship retail boutiques in New York City, Aspen, Nashville, and Kansas City, as well as exclusive optical accounts and the finest department stores and boutiques worldwide. To view the collection, please visit: http://www.bartonperreira.com.

EON Productions Limited and Danjaq LLC are wholly owned and controlled by the Broccoli/Wilson family. Danjaq is the US based company that co-owns, with Metro Goldwyn Mayer Studios, the copyright in the existing James Bond films and controls the right to produce future James Bond films. EON Productions, an affiliate of Danjaq, is the UK based production company that has made the James Bond films since 1962 and together with Danjaq controls all worldwide merchandising. No Time To Die, the twenty-fifth 007 film, is currently in cinemas worldwide.   For more information, visit www.007.com. 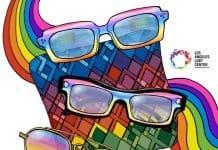 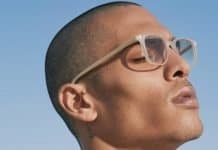 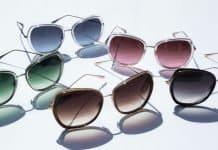