The Future of Your Practice Is In Your Hands..Or On Your Wrist?

I’m going to tell you a little story. It’s about the optical and optometric world.  Once upon a time (actually about a decade ago), businesses in our little optical industry were run quite differently than they are today. Paper! Paper was everywhere!  Hunting down charts was a ten times a day occurrence.  Trying to decipher the handwriting of the person who had written the original order for a pair of glasses- perhaps, if you were really hi-tech, there was someone in the office who transferred all those little slips of paper and charts into an actual computer program…that of course was impossible for anyone to navigate.

Remember those days?  If you weren’t in the industry yet, yes, that is exactly what happened, every day.

Now, I’m going to fast forward you…not to today, but to the future. Say…5 years from now. Why? Because I was one of those scrambling paper users, now I’m a computer geek who thinks it feels funny to write with an actual pen. I scribe, speak or type everything.  I talk to Siri, I yell at my GPS lady (who I think delights in making me turn the wrong way so she can condescendingly say ‘recalculating’), I read about a book a night-on my kindle app. I’m in the cloud. So…let’s fast forward, and I am going to tell you the future (one of my lesser known talents-fortune telling).

5 years from now, you , the eyecare professional will interact with approximately 2-3 gadgets, all of which are tied, through cloud based systems, to a main processor in your office.  These will include some type of wearable headset computer screen (ala google glass), a watch or other apparatus that will also integrate, and most likely, a ‘smart pen’ of some sort. And they will all be voice controlled.

And, in addition, Google may die a slow, painful myspace type death in the next five years.

How can I say this, you ask? Several reasons. Look to the leader.  Apple introduced Siri for a reason. Granted, she’s a pain in the behind at times, but she was the first widely introduced voice activation system.  She is able to process your regular speech and (mostly) determine what you want. Try, up to this past month, asking google ‘Google, will you go out on a date with me’…you can imagine the results. But, She recognized your question.  More seriously, and apropos to this topic, think about wanting to find an optical that sells a certain brand X in a certain city.  With google you would type some gibberish string like “certain city brand x retail stores” and some of your results would be what you are looking for, along with a lot of ads and other nonsense. Now, ask Siri the same question, but like a normal person would, “Siri, find me brand x eyeglasses near me”. Guess what, she comes through.

This is called intuitive or passive search engine optimization (SEO), and is also being used in Samsung’s latest release, the Galaxy Gear watch.  While the watch is limited in its

capabilities, it IS going to get better.  And Apple has a patent on a similar item, so don’t be surprised if they come out with the biggest and best watch sometime soon.  The Galaxy Gear recognizes your simple statements through passive SEO and can call people for you, read you your texts, tell you that you have mail, etc.  And there are many, many other products on the market getting ready to launch that will interact with each other…yes, folks, we WILL have a Jetson’s universe soon.

Google glass (and other, similar products) will revolutionize the way we deal with day to day computer tasks.  And, again, don’t be surprised if Apple doesn’t have a similar product coming out (*cough cough patent already applied for* along with Microsoft and about 10 other companies).

So, why is google going to die, or at the very least, be horribly maimed in this future?  Because they neglected to see the writing on the wall (or the voice) early on.  Bing, Microsoft’s search engine, already has an agreement to be Facebook’s default search engine.  And Bing works off of passive SEO.  The crazy guys and gals at Microsoft saw the writing (or heard the voices) and designed Bing to ultimately work with voice recognition.  Google? Not so much.  It has just this past month finally announced it is changing its search engine to a passive one (the famous “Hummingbird”). Although I haven’t noticed any marked improvement yet, personally.

So, your future in this industry?  A head set with ‘smart screen’ where you can view Mrs. Jone’s medical history, ask to call up her last diagnosis or glasses prescription.  Your watch is synced to your headset, and pulls up the record as well so you can make notations with your smart pen or stylus.  If she is buying glasses, one quick snap shot from either device takes all measurements, records them, removes the frame from inventory, you tell your device what type of lenses she is getting, if it is a multiple pair purchase, etc., the device tells you how much she owes (insurance or self pay). Once you hit save, all of this is sent to the cloud where it is saved into the central database.

Kind of cool, huh?  Now, you just have to decide if you are going to be a Microsoft/Bing/ahead of the curve practice, or a ‘wait for me guys I’m trying to catch up!’ google person.

Nikki DiBacco, ABO/NCLE, is an educator, writer and owner of DnD Consulting&Design. She is also co-founder of The Visionaries Group. Learn more at www.visionariesgroup.com 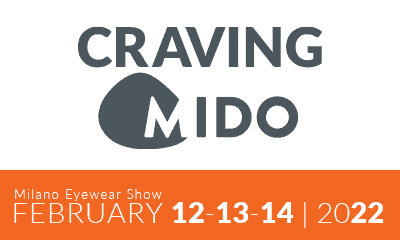