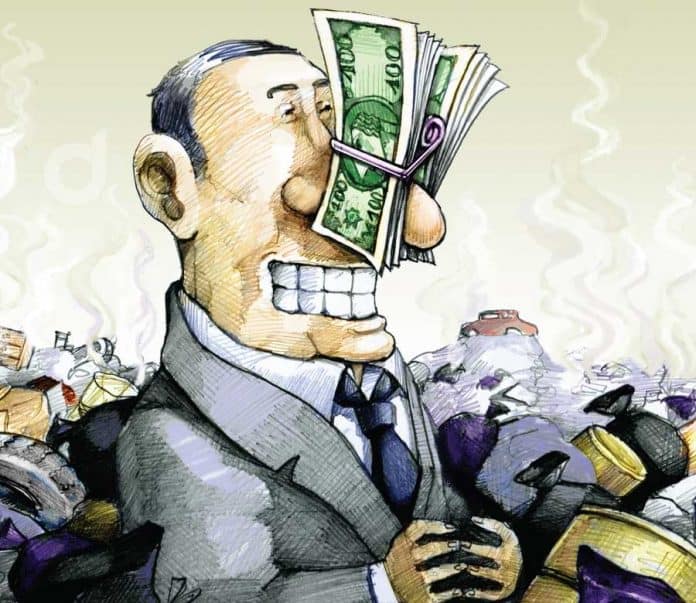 On the sickening behavior and choices of corporate BIG OPTICAL (BO) during a pandemic, and what everyone should consider…

As the economy roars back to life amid confusion about how to interpret the virus numbers, disseminated by a press too lazy to re-learn some 4th-grade math in order to rise above incompetence to comment on real data in a holistic approach, I would like to share my unsolicited opinion on some various and sundry things regarding BO (while writing run-on sentences).

Comments posted on my Ask The Lab Guy Facebook page regarding a recent letter to doctors from the top leadership of VSP, had seasoned professionals questioning its authenticity given its almost garish lack of polish and sophistication. In what approached grade school grammar (B- grade), VSP wrote to cut provider reimbursements to draconian levels despite a Federal Reserve hell-bent on keeping the economy “the same as it was before the pandemic.” This would include backstopping the paychecks of 1000’s of people unemployed due to VSP’s lack of foresight.

I’m going to try to leave their greed out of this, given the 100’s of millions in cash and credit they had available to them.

In a collective panic, they withdrew coverage from whole countries like Australia, whilst keeping their cash cow Marchon fully stocked. Given the excellent control of the virus in that country, one wonders, was burning the barn to kill the termites a good choice?

In short, when faced with sudden doom VSP chose to drop a hammer on providers, slit the throats of their employees, outsource all lab work but only the most profitable, and circle the wagons of their branding around their exclusive products, which now enjoy a level of endorsement that is not worthy of their value.

One has to ask, how does a lens design that is so old it pre-dates the concept of a click fee warrant top billing? Answer: That’s what you get when bean counters step in who can’t read or write, and may never read or write if they use their VSP coverage to buy progressives.

But wait! They weren’t done. What ensued was a pissing contest between Essilor complaining that they had lost their free lunch (the holy totem to the French), only to be answered by an eye-popping lack of professionalism in ANOTHER letter from the VSP muckity-mucks, directly to the providers whose heads they had just hammered.

What wasn’t in the letter blaming Essilor for pandemic fallout, was that VSP moved to expand online sales infrastructure, putting some of their best people on it.

The second letter was an odd rallying cry about how “VSP preserves choice unlike Essilor,” (or something). One wonders where the management’s perception of this was formed, given the petitions and other kvetching from providers for the last 20 years. Perhaps it was the “no choice” plan they had pushed for years on providers that allowed for no choice of what lab to use and in some cases what lens. VSP usurped the pen power of a doctor’s Rx before all of this, in an arrogant money grab. I don’t get a sense that it was terribly effective to put hope into the hearts of said providers that VSP and Essilor would make peace (as if we care), but then again, ECP’s are not customers of VSP, they are a supplier. The ECP is the entity that represents costs to be minimized so that profits can be maximized. It leaves the ECP wondering, “Am I a hamburger, steak, or chopped liver (for the dog)?” They just cut your reimbursements, I’m sure you want to let them cry on your shoulder about Essilor so that you can offer comfort. Is this not just a little strange?

Strangely Essilor does preserve choice, offering 1000 different price lists to pick from, and 1000 different lenses to pick from that are mostly the same or insanely similar designs. Would you like vanilla ice cream or vanilla bean ice cream? One has vanilla specs in it, that will be an 80% premium.

BUT, we promise they are antimicrobial lenses with our up-sell coating for those stricken with OCD during a pandemic. The slime is so thick, doesn’t your inner voice of reason say… YUCK?!

When faced with a pandemic that could end civilization as we know it, VSP, and arguably to a lesser extent (although culpable) Essilor, are rumored to have decided it would be advantageous to smack talk themselves into pending legal issues. No doubt if they can’t work out their differences (and similarities) those attorney costs will be paid for by someone, who most likely will not be the HR departments who are no longer open for business, VSP’s true customers.

Why would VSP “as a whole” tolerate such flagrant behavior on behalf of it’s leadership? Answer: It’s what’s best for them. They have labs, a vision plan, 900+ retail venues, a frame company, lens designs, and god only knows what else… oh yeah they have “The Shop.” A place where NOTHING unique has been invented, and at what cost? I’d guess more than someone’s pride. Clearly the higher-ups don’t employ anyone with polish to write their mass releases.

Now we have reports that Essilor is taking action against a few remaining small labs, upping their costs to make an Essilor lens or AR making it harder to do business and compete. They want their free ride back and they don’t care who goes out of business to get it. Lest we not forget they have been outsourcing lens production jobs offshore for years with little regard for those who may have spent their life making lenses, and perfecting their art so that people can see. They gutted some of the world’s finest labs, one of which was one of three in the world for low vision and specialty work. A lab that cannot be re-built with all the money printed in France. They did that while opening some of the poorest performing lowball gutter labs both in this country and in another country across the border so that they need not worry about coronavirus regulations, to protect the workers who maintain the robots (and mount the lenses).

It’s no wonder as VSP expands their “offshore offerings” that they would be fighting with BO et al over territory they had written off one month prior. Their lab expansion was sent into full retreat, with more rumors that they may consider leaving that space altogether. Might as well chew up a few ma and pa independents while they are at it.

Is this the corporate behavior you want to support? Is this what you want the world to see when 60 minutes does their next expose, this time not on Luxottica, but on the vision coupon plan industry? I refuse to call it insurance. When someone has cancer in their eye (or less), what role does VSP play in insuring them?

Our industry has fallen so far, and those few left who know what they are doing, or know how to lead a multinational company with cash in the bank as an example to the rest of the country, have long gone missing. Like it or not, these names are the names consumers know of and project onto you when you tell them your vocation.

Consider supporting local small businesses just like yourself. Should your business grow to be bigger, consider not forgetting your roots, and continuing to support them when you can. It will make us all look better, less slimy, more credible, and dare I say a higher quality product with more value offered to the consumer will be produced! We might even make a better buck. 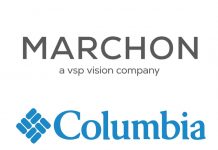 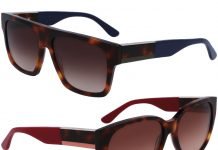 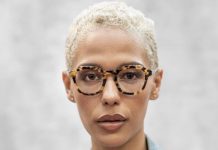