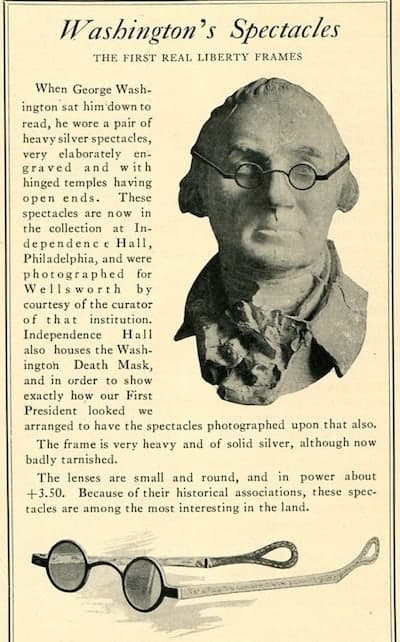 In celebration of Presidents Day in the United States we have gone back to showcase a few of our presidents and their eyewear. Presidents Day was created in 1885 to celebrate President George Washington. Officially February 22, is still known as Washington’s Birthday. In 1971 Presidents Day was officially created as part of the Uniform Monday act to create ways to give the nation’s workers more 3 day weekends. Abe Lincoln’s Birthday officially is February 12. Other Presidential birthdays in February are Ronald Reagan and Harrison of whom we don’t celebrate.

3.) Thomas Jefferson (1801-1809)- Thomas Jefferson may have made a name for himself as a great thinker, reader and writer, however this did not exempt him from vision problems. Despite having declared his vision to be his faculty least impaired by age, Jefferson had a history of using eyeglasses for reading. It is not hard to imagine why: the hours on end he must have spent reading and writing by candlelight at Monticello would exhaust even those with twenty-twenty vision. He went through numerous pairs of glasses in his lifetime, searching for the perfect fit. During the second term of his presidency, he enlisted the help of Philadelphia optician John McAllister, from which a two-year correspondence grew. It would take about two weeks to produce a frame, which Jefferson would at times reject. In an effort to create a pair that would satisfy him, he began to become actively involved in the spectacle’s design. After exchanging ideas with McAllister, a design was reached that would effectively achieve the benefit of trifocals. (Source and more info)

7.) Andrew Jackson (1829-1837)-  This pair has silver rims with adjustable earpieces. Inside one temple is engraved “Gen. A. Jackson”; on the other is “McAllister, Philad” and the number 16. The Inscription “Gen. A. Jackson” is visible in the photograph. They were stolen in 1978 while on exhibit in the Hermitage mansion. These eyeglasses were originally acquired from Andrew Jackson’s great grandsons in 1921. Source Antique Spectacles

15.) James Buchanan (1857-1861);  ‘One of Buchanan’s eyelids twitched, which, combined with his personality (in 1825, at least) led a modern Jackson biographer to describe Buchanan as a “winking, fidgeting little busybody’ Source

36.) Lyndon B. Johnson (1963-1969): Optical Heritage Museum:  The Museum Collection of the Lyndon Baines Johnson Library and Museum holds over 50 pairs of eyeglasses owned by President Johnson.  The majority of the frames are plastic and contain glass bifocal lenses, but a few frames contain single vision lenses.  Several different eyeglasses manufacturers are represented in the collection including; American Optical, Bausch & Lomb, Victory and Bylite. 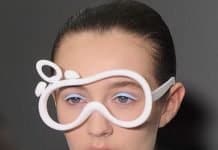 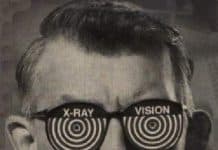 A History of X-Ray Vision Eyewear