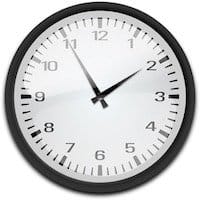 I don’t know about you, but people that are habitually late drive me nuts. It is not about the one off major traffic jam or the kid was sick. It is about the person who finds it acceptable to be late to everything including work. To me it says that they do not value my time and shows a lack of integrity on their part.

Technically speaking being late is anytime past the due date. If they are supposed to be at work at 9 am. 9:01 is late. Everyone of those minutes add up and can have an impact on the company, employee morale and productivity.

Because they are late, it becomes a big issue to GET THINGS DONE quickly (and in error), which pushes the rest of the systems and other staff out of place. Not only that but every one of those 1 minutes add up to hours of wages.

If tardiness continues implement a system such as time cards to track your staff.

Consider discussing tardiness at a staff meeting to resolve these issues.

Consider implementing a point system based upon being on time.

Bottom line, very rarely is there a valid excuse for being late. It costs the company money and is inconsiderate to other staff members. Take charge and implement systems to address this issue.

Source(s): US Department of Labor http://www.dol.gov/compliance 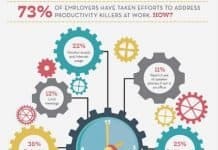 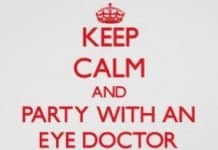 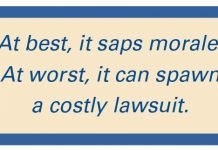 How To Create A Drama Free Environment