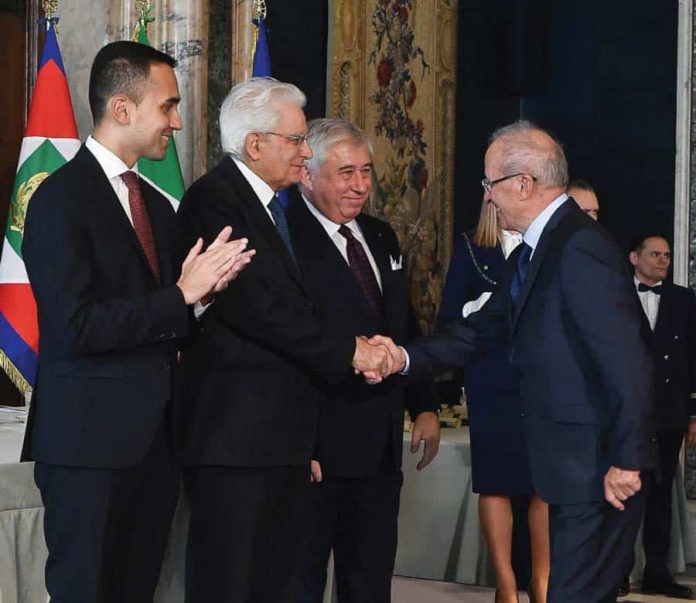 The ceremony bestowing of the honorary title of “Cavalieri del Lavoro” or “Knight of the Order of Merit for Labour” appointed in June, was held last Thursday on the 8th of November at the Quirinal Palace in Rome, Italy.

Among them stood Ennio De Rigo, President of De Rigo, who received this prestigious title in what is a memorable year for the well-known eyewear company from Longarone, and more precisely, in the year of its 40th anniversary.

The title, bestowed by the President of the Italian Republic, Sergio Mattarella, together with the Minister of Economic Development, Labour and Social Policies, Luigi Di Maio, and President of the National Federation of the Cavalieri del Lavoro, Antonio D”Amato, seals the success of an enlightened and versatile entrepreneur whose companies operating in a variety of sectors have greatly contributed to creating employment and serving their area of origin. Ennio De Rigo’s commitment extends to the social sphere with initiatives supporting the local community such as the recent establishment of the Fondazione De Rigo, to create and support various programs for children and adolescents that directly promote personal growth, intellectual development, and the arts.

“I am honored to receive this prestigious recognition of my hard work and commitment,” says Ennio De Rigo.  “My thanks go to my family and my collaborators, because without their support I would not have been able to achieve the important results obtained in 40 years of business. I dedicate this award to them and to my land, which has always given me so much and which, sadly, is going through a very hard time”.