Flat Fees have been around for years. In the days of yore flat fees were usually equated with Discounters and Frame and Lens packages from $29.95. There seems to be a resurgence in the concept among eyecare professionals. The premise is ‘Getting rid of the middleman’ and or having ‘honest prices.’ On top of the flat fee out of the 223 listed, 12 have a Give Back program.

2016: Iolla (Glasgow, Scotland) Established 2016 a Give Back company. One store location.

2016 J. Galt Eyewear (Lexington, KY) Optometrist opens with the new store concept of $175.00 frame and lens package. Give back program with a local charity.

2014: Kite (London, UK) Online company that was established in 2014. Has over 10,000 Likes on Facebook. Uses Mazzuchelli zyl. Has a try-on at home platform.  The Flat Fee is 150 (GB) or about $190 USD. and include a Carl Zeiss Vision Single vision lens. They have an optical shop or eyewear can be ordered online. It appears they are doing private label or their own brand.

2014 Diff Eyewear (Lighthouse Point, FL) Online eyewear company whose sunglasses retail for $85.00. They teamed with Kylie Jenner who gave them a ringing endorsement for a Give Back program. They also #GiveBack platform. Over 19, 0000 Likes on Facebook. You can purchase online, Facebook and Instagram. They have an ambassador program, a retail partner program,

2014 Dresden Optics (Australia) These four stores by eyecare professionals, make their own eyewear from trash. Pricing runs $49- $99.00 (Australia dollar) and it is a mix and match scenario. They use Carl Zeiss vision lenses. As to giving back.. anyone that picks up trash is #givingback.

2013 Ace and Tate (UK)A #GiveBack company with 10 locations. Frames sell for 98 GB or $124 USD. Ace and Tate has their own brand of eyewear. Purchase online, through Facebook.

2013 Viu Eyewear (Switzerland) Starting out as an online store, they have quickly opened up 20 stores through in Switzerland and Germany with their own brand. Somewhat of a Flat pricing model. Viu Eyewear is the Brand name.

2012 Look See (Portland, OR) Online company with a showroom with $99 frame and lens package. Look See is the brand name.

2012 Mercy Would (Germany) Old site but again offering $158 all in one package. Shop online, Facebook and Instagram.

2011 Toms Glasses (Los Angeles, CA) Toms shoes was the true innovator of the #oneforone concept with his shoes. Their sunglasses start at $78 for a pair of sunglasses. Toms is sold through online, Facebook, Pinterest, Instagram, through eyecare professionals and one of their 8 stores. There is no ‘frame and lens’ package listed on the site. They have over 3.7 Million Likes on Facebook and 823, 000 Followers on Instagram. Toms is the Brand. They also have coffee and shoes.

2011 Jimmy Fairly (France) is France’s answer to Warby Parker. #Oneforone company with nine retail locations. They have over 32, 000 Likes on Facebook. Jimmy Fairly is the brand.

2011 Collins Bridge Company (Miami, Florida) Another #oneforone company that’s frame and lens package is $98.00. They have an at home try on program. Their Facebook page has not been updated since 2013, but they appear to be still in business. It appears that Collins Bridge was founded by an eyecare Professional. Collins Bridge is the Brand.

2011 Dharma Eyewear (Farmingdale, NY) Online eyewear company Founded in 2011 by an optician, as a $99 package. They also have a give back package program.

2012 Lookamatic (Las Vegas, NV) Online eyewear that was ‘assembled in Las Vegas for $99. Their Facebook page hasn’t been updated since 2015 although they have over 16,000 Likes. The website is up, but verrrrrrrrrry slow, so we do not know if still in business. Lookamatic is their own brand.

2010: Classic Specs (Brooklyn, NY) Starting out at $89 at retail, Classic Specs has grown to 8 retail locations. They offer a home trial of 5 frames. You can shop online, Facebook or Instagram. Classic Specs is their brand.

2010; Warby Parker (NY) Established 2010. #OneforOne company. They started online with the $99.00 Frame and Lens package. Currently they have 46 Retail stores. Warby Parker is their  brand.

2010 Bonlook (Canada) Established in 2010 this Online eyewear company has now three retail locations. Over 34, 000 Likes on Facebook. Eyewear retails for $99. You can purchase online, Facebook or shop their Instagram.

2003; Zenni Optical (San Francisco, CA) Also a #GiveBack company. Known for their $6.95 frame and lens packages. They have over 1 Million Likes on Facebook.

1989 Owndays (Japan) Has over 200 stores with 151, 000 likes on Facebook. They have their own brand with a ‘Simple Pricing System’. Priced from 98 euros to 198 euros, all prices are include frames and high index aspheric lenses as well as cases and cleaning cloth.They offer 20-Minute Quick Processing. They just expanded to the Netherlands with  plans to open 30 stores in the Netherlands in the next 3 years. They also have stores in Singapore, Taiwan, Thailand, Cambodia, the Philippines, Australia, Malaysia and Vietnam and Japan. The company sells over 1,500,000 pairs of glasses a year. It is one of the few companies in the world that have implemented the SPA (Specialty store retailer of Private label Apparel) system in the optical business where the entire process from design and manufacturing to inventory management and retail is managed from within. This system has allowed the company to maintain the highest level of product quality in order to meet the Japanese Industrial Standards while keeping prices affordable. The company’s CEO is Shuji Tanaka.

Owndays also has a #giveback program.

Could any eyecare professional do this? Of course, many labs offer Frame and Lens packages. You could do your own edging with edgers from Santinelli or A.I.T. Industries or even an all in one surfacing machine from Fast Grind International. Value eyewear can be had from companies such as Clearvision Optical, Modern Optical and Penn Avenue Eyewear.

Is this a big trend? As the consumer is increasingly overwhelmed with information it might make things a littler easier for them to make a decision. 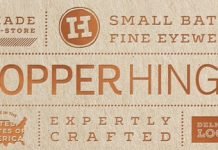 12 Eyecare Retailers Making A Spectacle of Themselves 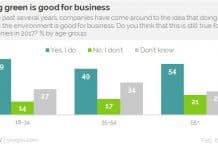 Retail and Politics; Should You Take A Stand? 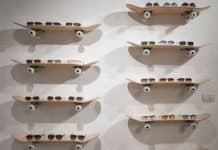 Store Within A Store Merchandising Trends 2017