I don’t know why this is, but every time you are sitting on an airplane for some reason the question always arises ‘Why Do Glasses Cost So Much?’ I can’t tell you how many airplane and eyeglass stories I have and I can’t imagine how many our readers have!

A couple of weeks ago, I was speaking with Robert Bell and he told me this great story about eyeglasses and airplanes and I just had to share it because it was such a great point.

Robert was sitting on the plane and per usual starts a conversation with the guy sitting next to him. The typical question came up ‘Why Do Glasses Cost So Much? I don’t know about you, but I have a standard list of pat answers, but Robert’s response was this>

He says to the guy, you know, I will give you right here and now $500 for your glasses. Cash. Robert pulls out his wallet, grabs $500 and hands it to the guy. Of course the guy is shocked, You Will Pay Me $500 right now. Robert says yes, hand them over right now, you can go buy another pair when we land.

The guy kept his eyeglasses. 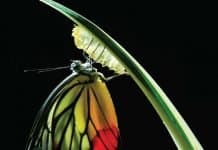 Spreading Your Wings in a COVID-19 World