Apologies to Lens Chic for using the name.. It is always hard to fire a patient or a friend for that matter. But sometimes, you just gotta do what you gotta do. Overheard

on OD’s on Facebook– (names have been taken off)

Anyone ever fired their contact lens patients for non compliance?

Not really sure what you mean by this. Poor compliance and having issues? The only thing you can really do is treat the problems, educate the patient, document everything including history of non-compliance.

But if they blatantly told it to your face they won’t change–like a patient of mine with a -11.50 DS prescriptions– that they just want to sleep in their contacts no matter what.

Yes. Absolutely…. neo vascularization and other conditions of cl abuse to the Cornea is enough for me to inform the patient that I will no longer be fitting them with contacts.

Whose the doctor here. No more contacts period. If you find that they are still wearing them in direct defiance of your instructions make a referral to someone you don’t like very much.

I have let several patient hit the road. If they can’t do what I ask they don’t need my help.

yes. wrote a letter to patient they can continue care with someone else. buh-bye.

Is there health problems from the non-compliance? If not they might not see why it’s a problem, because in their eyes they have always done it and nothing has happened.

Yes, and after a year or 2, several came back and thanked me for doing the right thing…..on the hand even more were not happy…..but you must do the right thing, also CYA.

Absolutely- let them go somewhere else. Let’s face it, a lot of pts are non-compliant, but when they blatantly inform you that they will not be following protocol, I think you have an obligation to d/c their CL wear, and probably d/c them.

I’ve only had to do it once, and it was for that reason. Cocky 20-something who thought they were gonna show me! Stupid. Like telling a cop who’s giving you a warning that you’re gonna speed as soon as he lets you go. You kinda force their hand.

Your practice is built on your reputation and referrals. Lousy patient’s hurt your business just like an any other business. You might “befriend” someone new in practice and refer your worst 10% to them. The remaining 90% appreciate your skills, waste less of your staff time, and are better at referrals.

Yes, but prior to mailing that rejection letter (certified, return receipt requested), I let them know that I choose to limit my patient base to those in society that care about their eyesight. You have demonstrated with your actions or in-actions that you do not fit into that demographic of society. I did my training at a hospital here in Miami called Bascom Palmer. I saw people like you go blind from wearing contact lenses like you do. I’m sorry, but I can not be your eye doctor anymore.

I’ve done it once, but not quite as officially as sending a formal letter. The kid was sleeping in the same pair of Acuvue 2’s for 2 straight years, had a massive ulcer on one of his eyes, massive SPK on the fellow eye, no corneal sensation left, and screamed at me when i told him we were going to treat the ulcer and discontinue contact lenses. that’s right, I told him he had an ulcer and he asked me to just give him new contacts and send him on his way. Guess who probably didn’t fill their Abx rx that day… 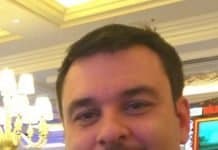 Ask The Lab Guy: The #1 Way To Get Word Of Mouth Referrals 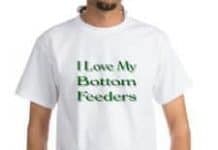 Thoughts on Weeding Out Bottom Feeders 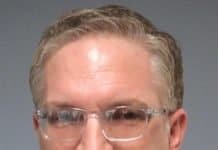