I found this article by Armstrong on Essilor- recycling their ceilings. (old article) but it let’s you know that Essilor does not ‘Greenwash” !

‘Essilor of America, one of the country’s largest manufacturers of contact and other corrective lenses, focused its attention on the environment recently by recycling its old acoustical ceiling tiles rather than sending them to a landfill. Located in St. Petersburg, Florida, Essilor just completed the renovation of 40,000 square feet of office space.

As part of the project, the company installed new lighting, new carpeting and a new ceiling. However, instead of dumping nearly 20 tons of old ceiling tiles in a landfill, Essilor decided to take advantage of a new ceiling recycling program offered by Armstrong World Industries, the country’s largest manufacturer of acoustical ceilings.

The program enables commercial building owners to ship old ceilings from renovation projects to an Armstrong ceiling plant as an alternative to landfill disposal. As part of the program, Armstrong will even come and pick up the old tiles and transport them to its nearest manufacturing facility at no cost. The company uses the old tiles as raw materials in the manufacture of new, high-performance acoustical ceilings.

Roger Fournier, Essilor’s manager of corporate facilities, explains that he learned about the program from his acoustical contractor, Acousti Engineering Company of Florida, which is based in Largo, Florida. “Once we heard about the program, we were quite excited to participate in it,” Fournier states. “By recycling our old ceilings in this way, we are keeping within our corporate philosophy, which is to be proactive when it comes to protecting the environment.”

As Charles Engle, Acousti’s project manager on the Essilor job, recalls, “Once we suggested that the old ceilings be recycled, the ball really began to roll.” As part of the project, Engle’s crews removed the old ceiling panels, stacked them on pallets, wrapped them and brought them back to Acousti’s shop. The crews worked nights and weekends so as not to interrupt the flow of Essilor’s normal business day. Once there was a full trailer load, Engle simply contacted Armstrong to arrange for a truck to pick up thematerial. “We filled two full trailers by the time this job was finished,” he states. Armstrong will pick up material anywhere in the continental United States and transfer it to its nearest manufacturing facility. The ceilings from the Essilor renovation were shipped to the company’s plant in Pensacola, Florida.

Verify That Old Ceilings Are Recyclable

Engle notes that to be considered for the program, building owners first need to verify with Armstrong that their old ceiling tiles can be recycled. Neither the old nor the new replacement ceilings need to be Armstrong products to qualify for the program. In the case of Essilor, the existing 2’x 2′ non-foil-backed lay-in ceiling panels were found to be recyclable and therefore eligible for the program.

While it was not a requirement, Fournier chose Armstrong’s Dune ceiling panels as the new ceiling. These panels contain 40% recycled content, mainly in the form of old newsprint, old ceiling tiles and a by-product of steel production called “mineral wool.”

Fournier notes that while this was Essilor’s first participation in the Armstrong program, it will not be the last. “We are a growing company, and have a number of other renovation projects already scheduled. Our first experience with the program went so smoothly, we plan to recycle all these ceilings as well. In fact, we’ll probably recycle another 30,000 to 40,000 square feet of ceiling tiles in the next six months.”

According to Fournier, the contact lens manufacturer is doing its part to protect the environment. He hopes other companies also see the light.

To obtain additional information on the Ceiling Recycling Program, call 1-877-ARMSTRONG (1-877-276-7876), or visit armstrong.com/recycling on the Internet for complete product information. 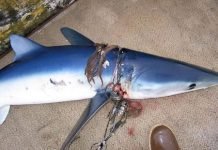 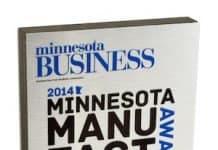