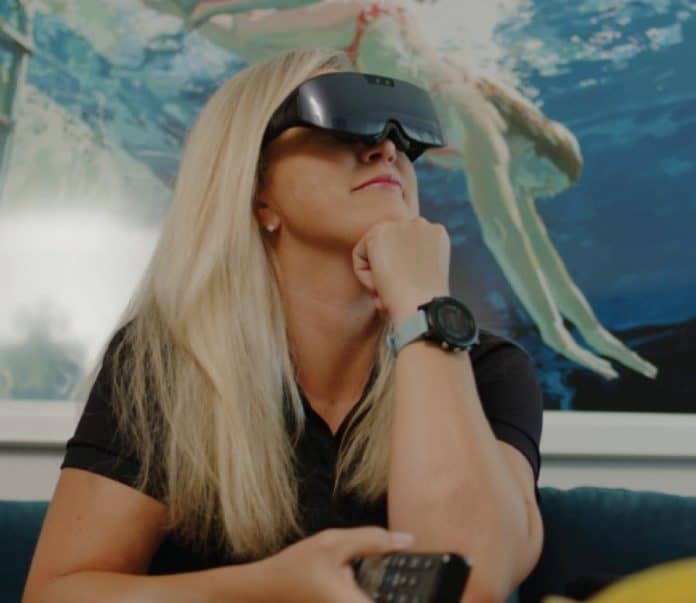 With IrisVision Inspire, which debuts for consumer purchase in the US this week, the headset no longer houses the Samsung Galaxy smartphone that powers IrisVision software, but is instead tethered to it, making it less than half the weight and a smaller form factor than its predecessor. In addition, Inspire features a removable eyeguard that delivers a sleeker profile for wearers and full light blocking when needed.

“Inspire leverages IrisVision’s award-winning software in an all-new, lightweight headset designed for simplicity and ease of use,” said IrisVision CEO & Co-founder Ammad Khan. “We knew that while our technology is truly life-changing for people living with low vision, the prior weight and size of the previous hardware could be a deterrent for some customers seeking a sleeker, more discrete solution. Inspire delivers IrisVision’s ground-breaking functionality and connectivity in an attractive, versatile, and comfortable design.”

IrisVision (www.irisvision.com) exists at the intersection of digital health and vision science, pioneering a new standard of care where vision health is seamlessly integrated into daily living and accessible to everyone. Our clinically validated digital vision and telehealth solutions help even the most challenging and at-risk patients preserve and make the most of their sight. Backed by a research grant from the National Eye Institute, IrisVision’s technology was developed in collaboration with and clinically tested by researchers from the world’s top ophthalmology centers at Johns Hopkins University, Stanford University and University of Pittsburgh Medical Center. The company has received numerous accolades including being named to the Inc. 5000: Regionals list of California’s Fastest-Growing Private Companies, earning spots on the Fast Company World Changing Ideas and Forbes Next 100 lists for 2020 and receiving a CES 2019 Innovation Award.