This article came to us via the Vision Voice- via Vision Watch . VisionWatch is a joint program between Jobson Medical Information and The Vision Council of America, who measure consumer trends and attitudes, market size and purchases as is relates to the optical industry.

‘While many industries are seeing a tremendous slow down in purchasing activity at the retail level as a result of the weak US economy, Rx eyeglass purchases have been holding steady and only seeing minimal declines. According to VisionWatch, the large-scale consumer research study by Jobson Optical Research and The Vision Council, there were 67.6 million pairs of eyeglasses sold in the US at the retail level in 2008, a decline of 0.9% when compared to calendar year 2007 unit sales. Rx lens sales were actually up slightly in 2008 when compared to 2007 (+1.1% to 75.2 million pairs). Most of the growth in eyeglass purchases that occurred during the year 2008 (upwards of 90%) occurred among American adult consumers that purchased eyeglasses with the assistance of managed vision care (MVC). In  fact, the number of frames purchased with MVC assistance rose by 15% during 2008 as consumers looked to take advantage of MVC benefits and get the most out of their disposable incomes.

There are currently around 112 million American adults covered by some type of MVC program. People from higher income households are more likely to possess some type of MVC plan, as are Americans over the age of 45, Americans that use some form of vision correction and Americans with full-time jobs.

A majority of eyeglass wearers who have MVC coverage admit that their vision insurance has influenced, and will continue to influence, their Rx eyeglass purchases. In particular, one-half of recent eyeglass buyers with MVC coverage claimed that their MVC benefits influenced both the location of their most recent eyeglass purchase (the specific retailer or ECP), as well as the timing of that specific purchase. This is one of the main reasons why independent ECPs, who rely more on patients with MVC coverage, are performing better than the conventional chains and mass merchants with regard to eyeglass sales in the slumping economy. 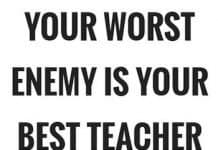 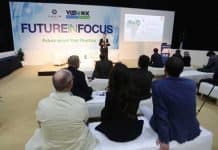