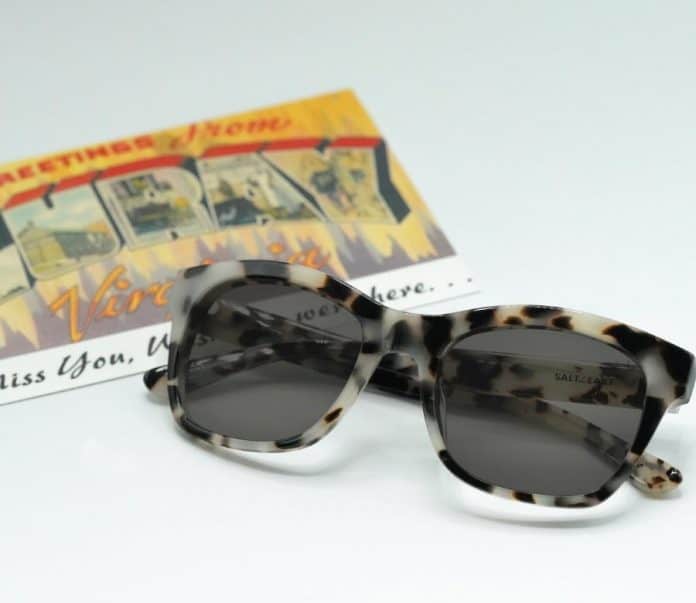 Nectar Sunglasses is rolling out a new premium acetate collection this month, introducing a new website, and proudly proclaiming itself as an East Coast sunglass brand with the collaboration of Richmond-based ad agency Familiar Creatures.

The West Coast gets all the love when it comes to sunglasses, but Nectar is proudly from the East. Founded by Sean Holmes in 2012, the startup straddled between Atlanta and Richmond, eventually calling Charleston home. Anticipating an expansion of the brand and the launch of a new collection, Nectar reached out to Familiar Creatures who developed a new website and a new brand platform called “Salt of the East.”

The acetate collection is named after some of the most beautiful destinations on the East Coast, such as Anna Ruby Falls in Georgia and Luray Caverns in Virginia. And the line pays tribute to the earth in other ways too. The handcrafted glasses are made from processed wood pulp, which makes them biodegradable. And they are built to last over time, reducing waste. Each pair is durable, flexible, and has color embedded in the frames. Meaning the glasses retain their vibrancy from the first time you wear them and beyond.

“Nectar has evolved a lot since our apartment brainstorms in 2012, but building community has remained central to our mission,” said Holmes. “We are proud to extend the Nectar community throughout the East Coast and have named each pair in our collections after iconic cities and landmarks, celebrating the rich culture, history, and landscapes that are distinctly ours.”

When you think about what separates folks on the East Coast from their westward counterparts, a few things come to mind: grit, determination, soulfulness and individuality. These people are the salt of the earth. But to fully convey Nectar and their buyer base is from here as well, the agency added a little twist, hence “East.” Encouraging customers to connect through the shared culture of the East and inviting those who may have left, to experience a taste of home.

“From the inception of our relationship with Nectar we could tell that Sean and his team had a lot of heart for their hometown and the outdoors,” said Justin Bajan, Co-Founder of Familiar Creatures. “We saw this project as an opportunity to inject soul into an otherwise plain industry, and to bring people together through a shared sense of adventure and pride.”

The new website just launched in conjunction with the acetate collection and in addition to the new line, the brand continues to offer its classic collection and blue light blockers. They are also in the process of expanding merchandise offerings to include hats and shirts.

Nectar Sunglasses  is an eyewear company based in Charleston, South Carolina. Founded in 2012,  Nectar offers sunglasses, blue light blockers, and prescription eyewear. Fueled by our love for the outdoors and inspired by the culture, history, and grit of the East Coast, Nectar works to bring people together through a shared love of adventure.

Familiar Creatures is an advertising agency based in Richmond, VA. Formed in 2018 by industry veterans, the agency’s “fractional AOR” model takes challenger brands to the next level.