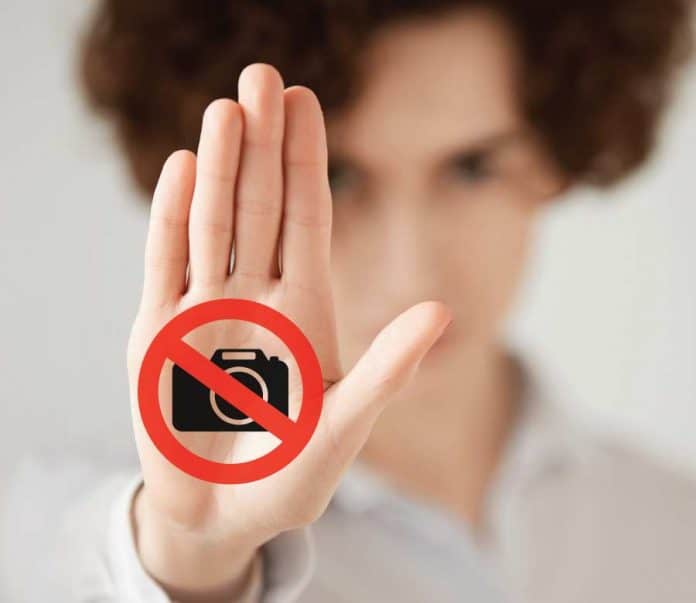 Many of you know I attended my first SILMO show late last month. In case you missed it, here is the story and review I did of those four days. I didn’t just fly home the moment the show was over though. Given a choice, who would? The city of Paris awaited me. I wanted to do many tourist things and did them with gusto. Those who know me know I am a sucker for art galleries. I had to spend time visiting some of the best art museums in the world, Musée d’Orsay and Musée du Louvre.

This was my first time at the Musée d’Orsay and it did not disappoint. The mostly French modern art there is a sight to behold. Every room holds treasures we have all seen in reproductions and advertising for decades. 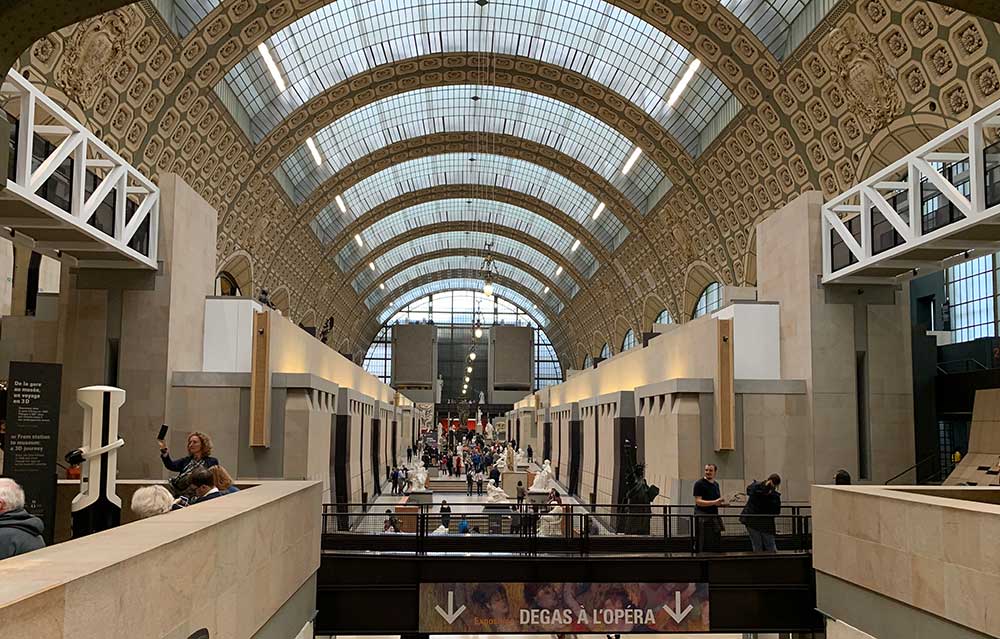 This was my second trip to the Louvre. I am so old the last time I was there was long before I.M. Pei’s glass pyramid that so dominates the entrance today. 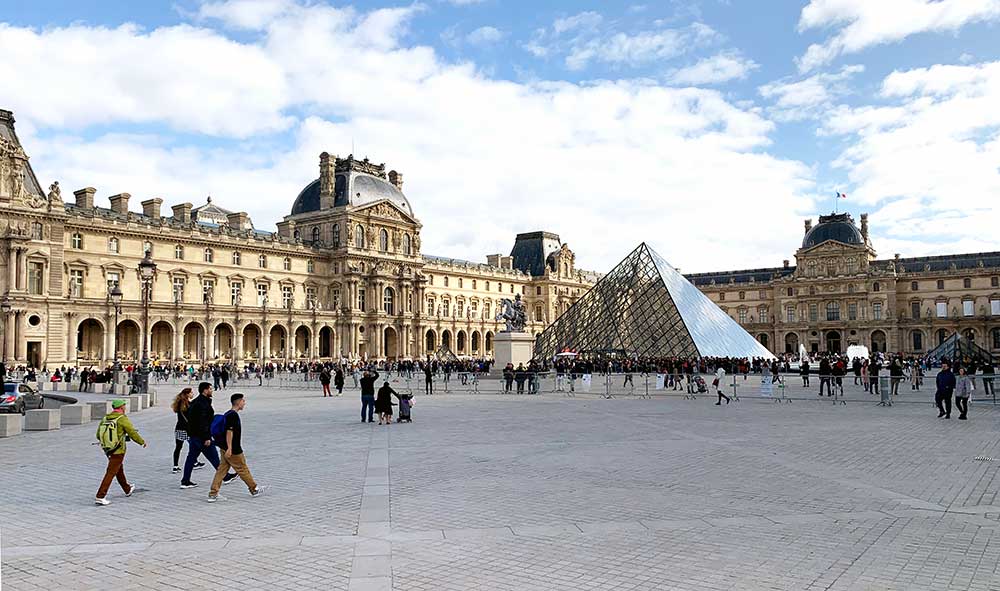 I remember when you could actually walk right up to the painting known as La Joconde or Mona Lisa and stare at her for as long as you wanted from just inches away instead of today where the long lines of some 10,000 people queue up for as long as an hour just to glimpse the painting for a minute before being ushered on from some 15 feet away. 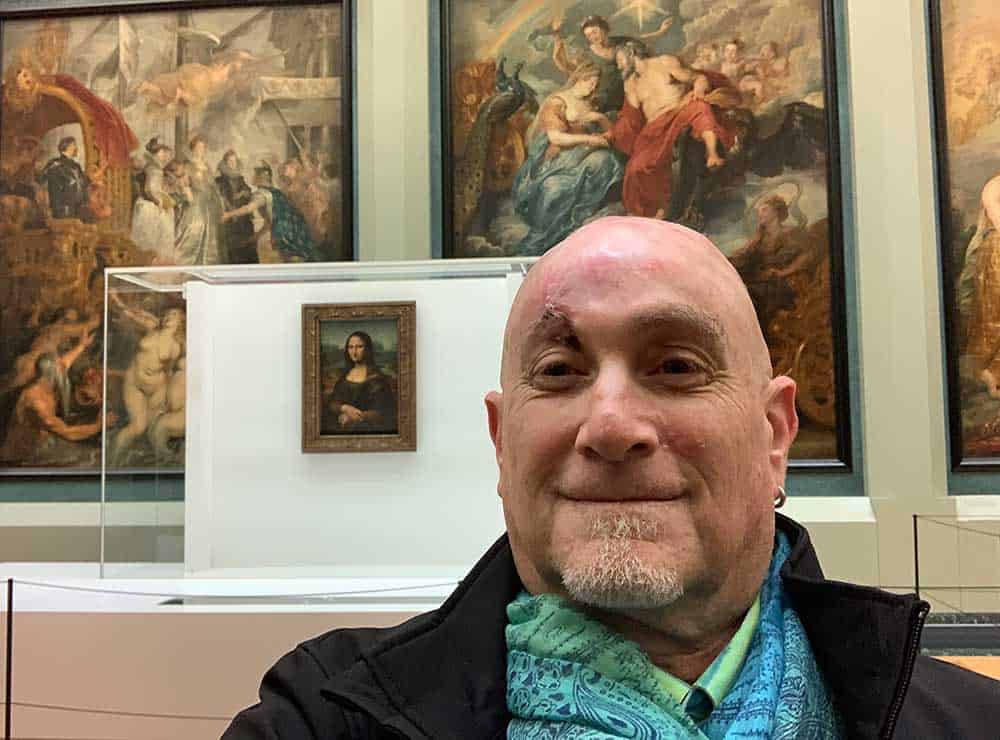 I also wanted to see other masterpieces while I was in Paris including some of the world’s showcase optical shops. Of course, being in Paris during Silmo would mean that opticians and optometrists from around the world would be stopping into optical shops throughout Paris to see how it’s done in the City of Lights. 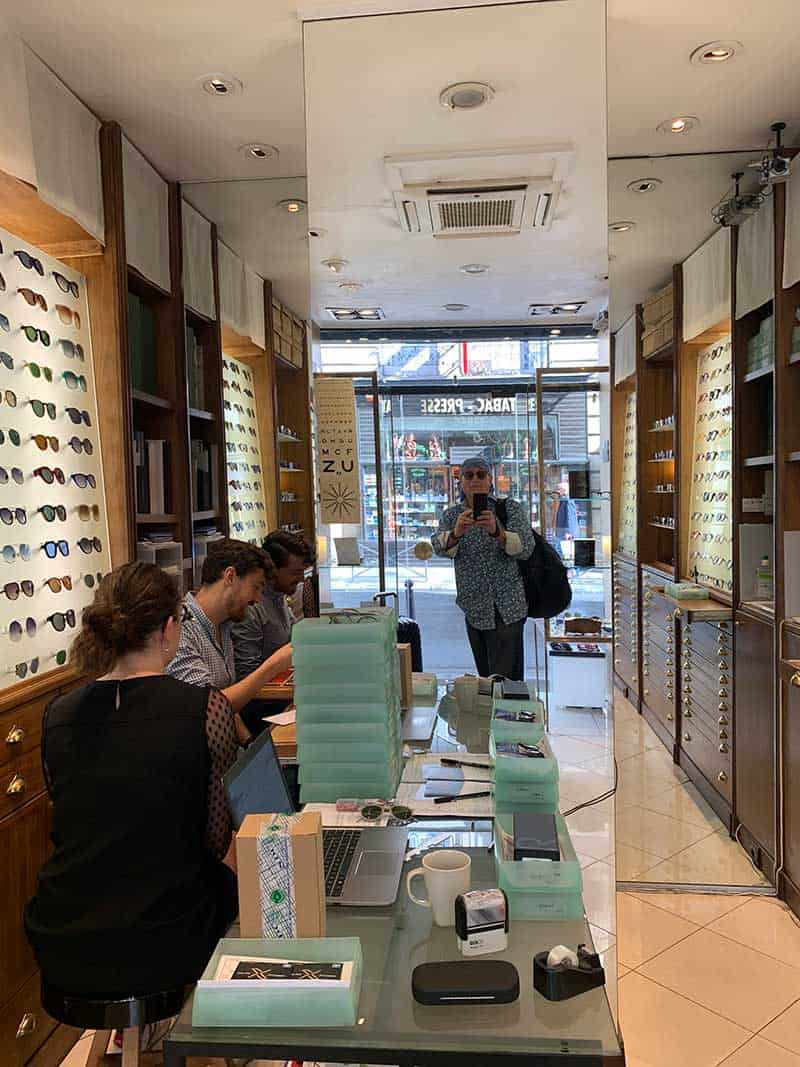 Many an optical shop was more than happy to have me come in, walk around, and take photos, especially after I identified myself and The Optical Journal. Everywhere I walked and saw a sign for an optical shop I had to at least walk by and look in on. Then there were a few shops I always wanted to see in person. First on my list was michèle B on rue Pastourelle. I was lucky to catch Michele, the owner, at work alongside one of her sons, Anthony, while her other son, Jeremie, was managing the other store not far away. The shop is small, quaint and cute. The original eyewear is beautiful and colorful and each piece is a work of art. 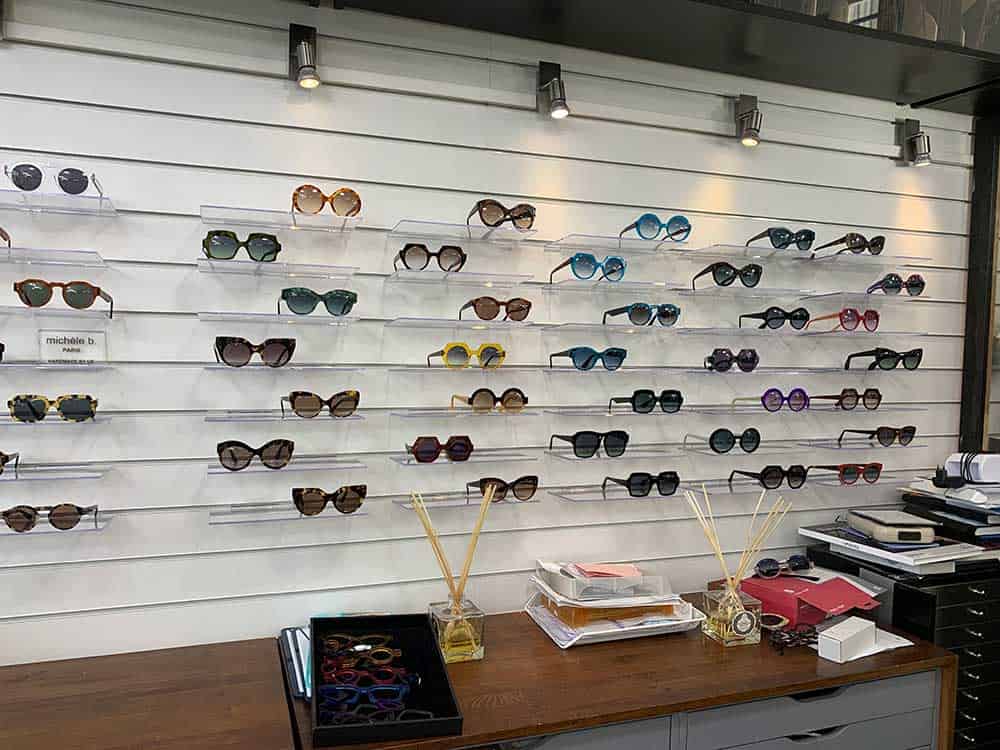 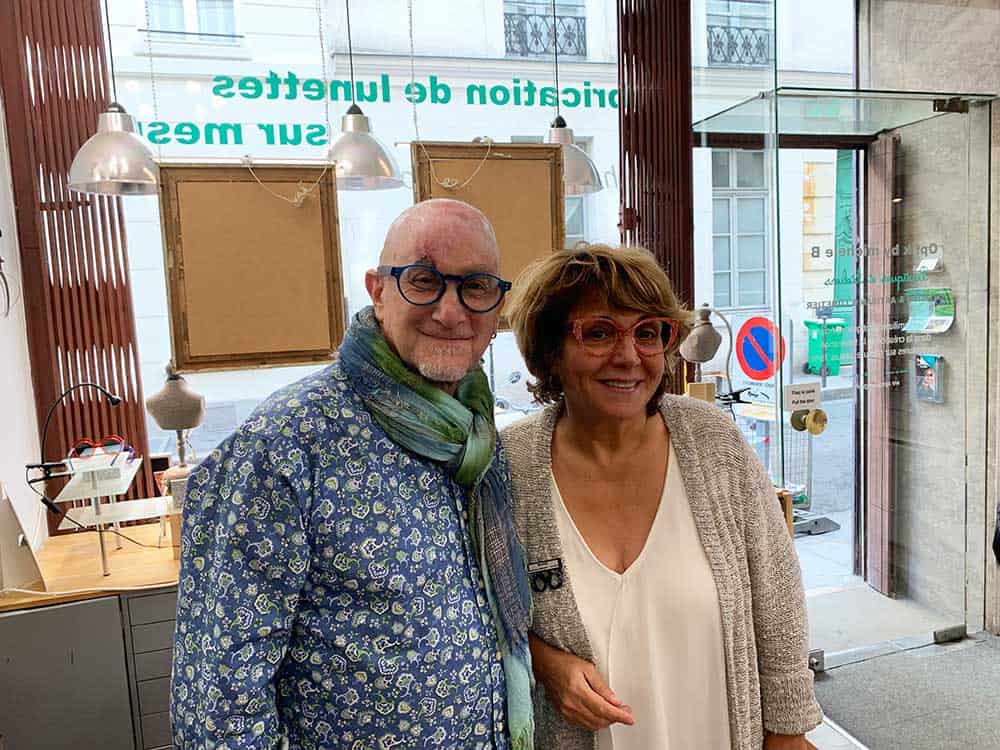 A couple of blocks away is Kaneko’s Paris store on Rue de Poitou. The store is as beautiful as it is eclectic. The trendy Japanese brand fits in well and the ambiance of the store is a perfect combination of Japanese efficiency and French je ne sais quoi. 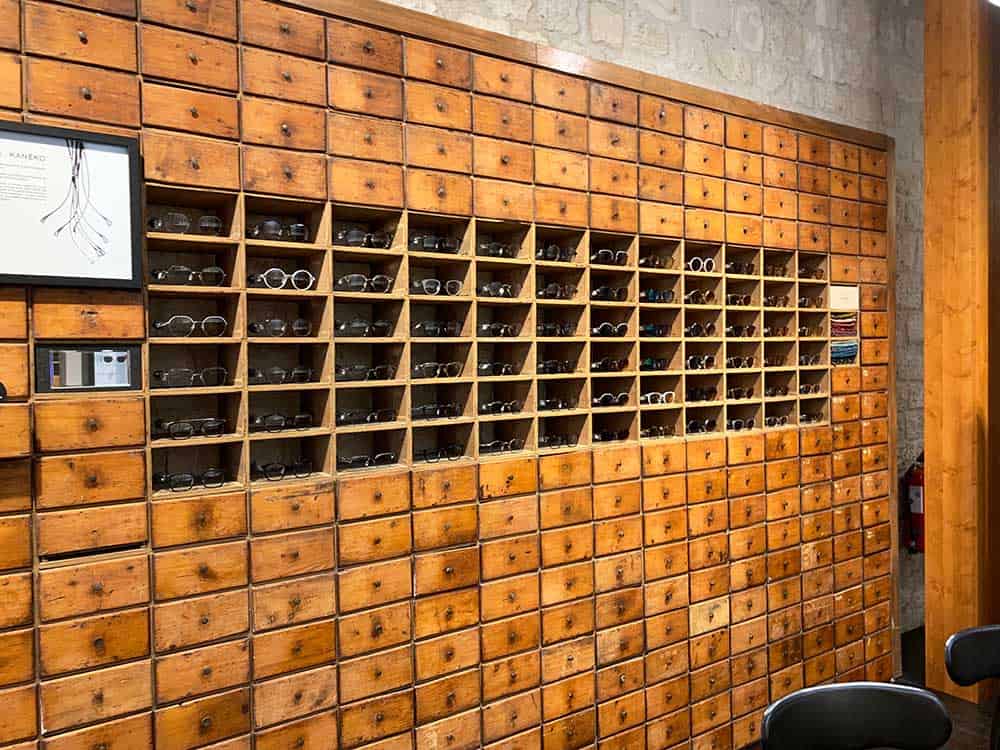 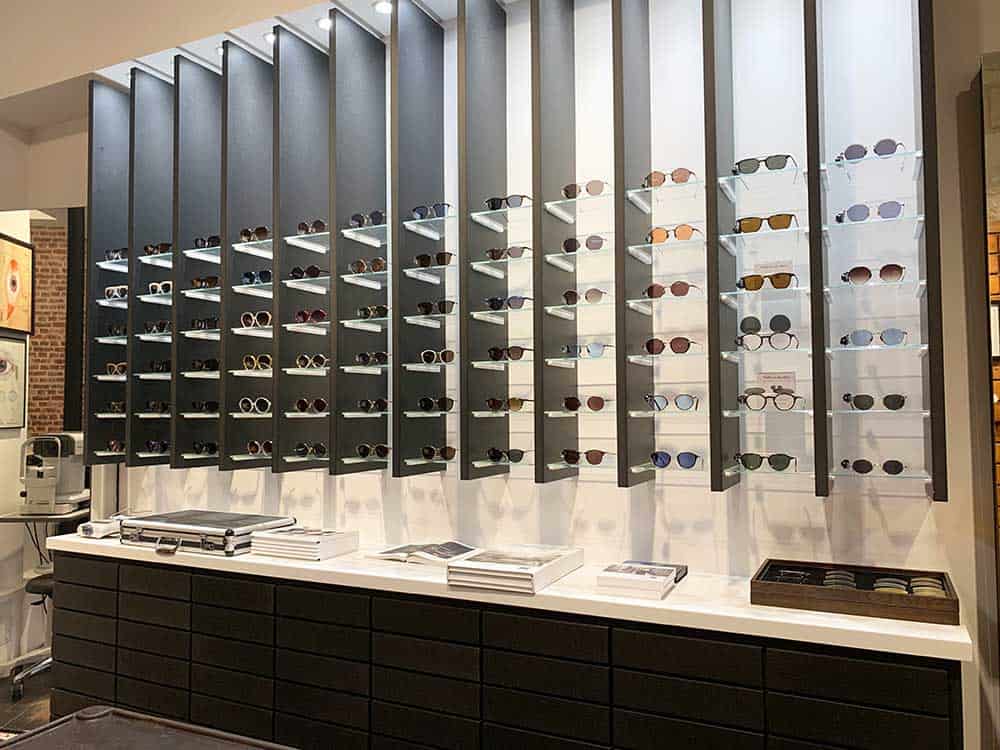 As I wandered the side streets of Paris I came across a couple of other beautiful eyewear shops including Izipizi Paris, the very affordable French retailer of their own eyeglasses and sunglasses. I also walked into a couple of other shops to look around, including Jimmy Fairly Temple on rue Vielle du Temple and the Anne et Valentin flagship Paris store on rue Sainte-Croix de la Bretonnerie. While both shops were lovely in their design and displays, neither allowed me to take photographs, even after I identified myself and our website.

It wasn’t a language barrier. In each store, there were several staff members who spoke wonderful English. I obviously wasn’t there to showroom….to take photos of me in their frames to then shop online later. I was there to shoot photos for this very story and was told rudely in one store and politely in another that they do not allow photographs inside their store. You can go to either of these store’s websites and see the photos they themselves took of the interiors of the stores, so it wasn’t that there was something secret and earth-shattering that could be revealed to the world if I were to share an image with you, our readers for the very first time.

No, it was a blanket, no photographs denial, regardless of the reason. Now the reason I bring this up and comparing my site visits with my museum visit earlier that day was the museums were packed with tourists like me photographing masterpieces. Masterpieces that have been photographed thousands of times a day for decades. There isn’t an angle to Vicent can Gogh’s famous 1889 self-portrait that hangs in the Musée d’Orsay, that hasn’t been photographed a hundred thousand other times. 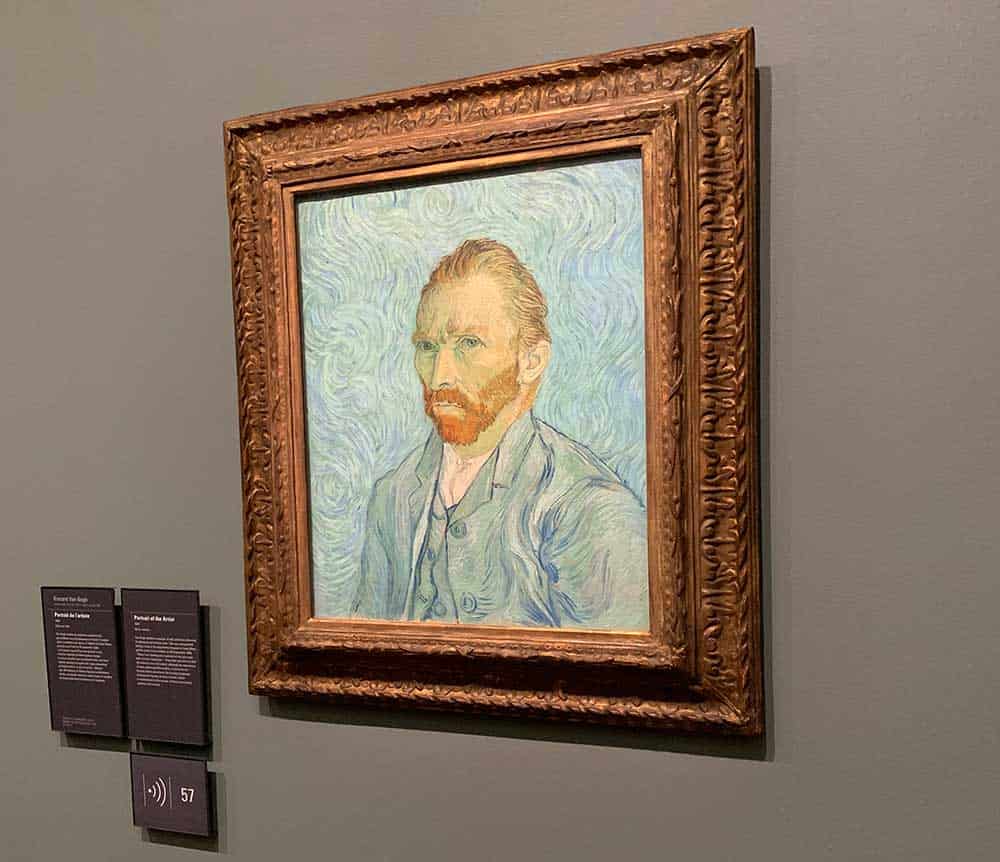 There isn’t an angle to Delacroix’s painting Liberty Leading the People hanging in The Louvre that haven’t been replicated a thousand ways. 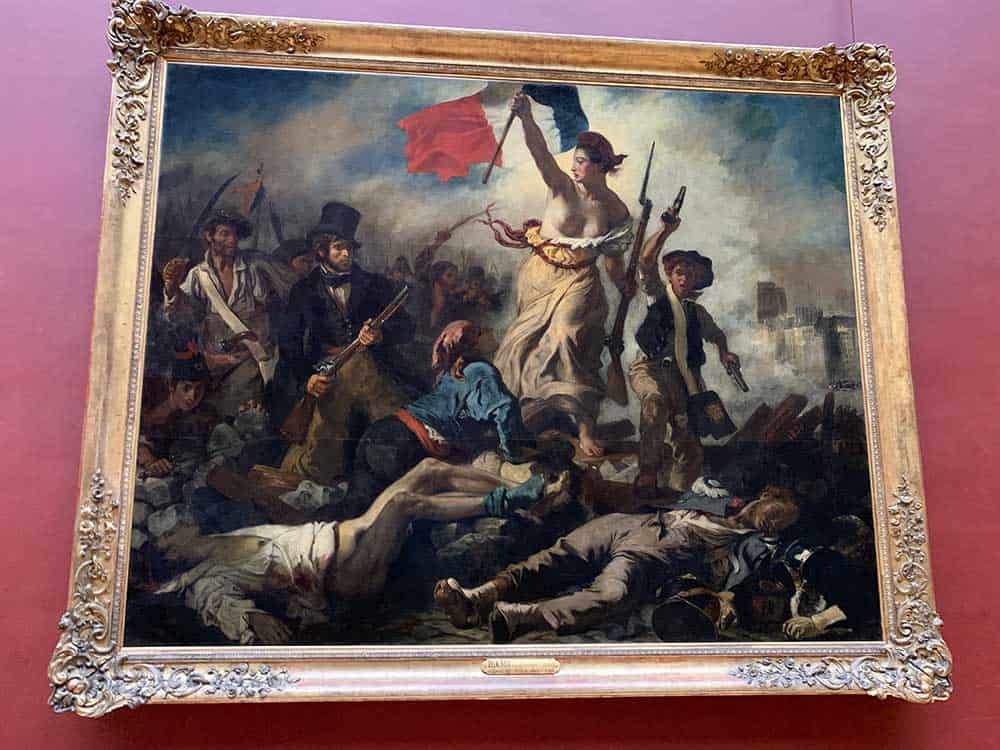 Each and every day thousands of people pass by these well-known paintings and take their own photos. 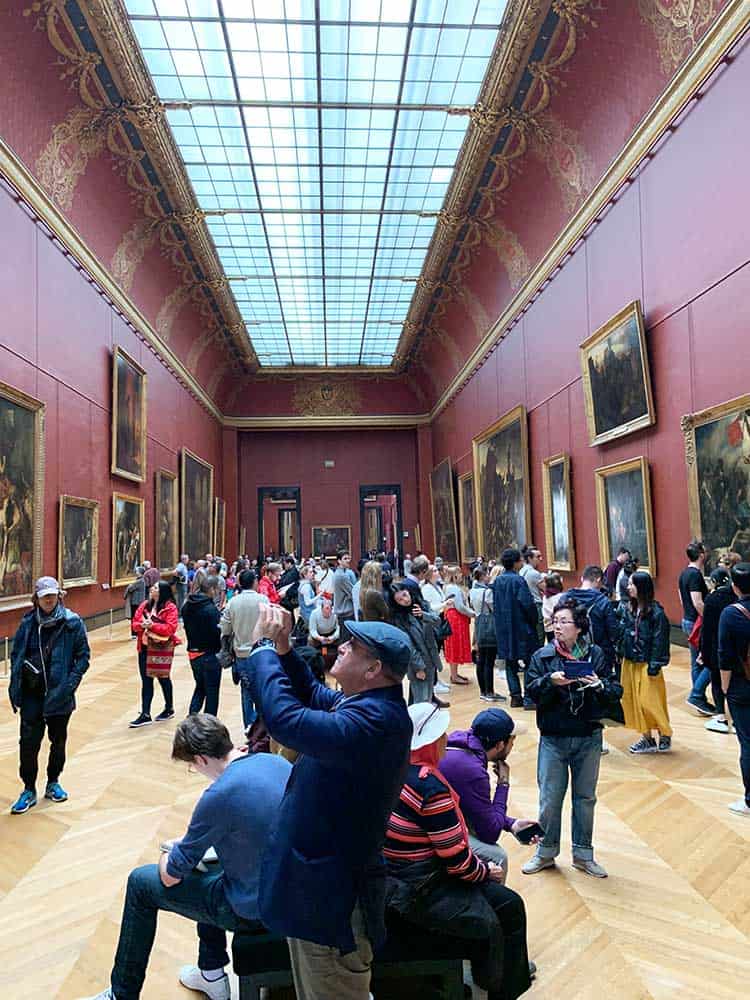 There is no eyewear in either of the shops I listed as prohibiting photos that I can can’t find online and in detail if I wanted. No, the no photography rule is a rule that started to keep people from using a showroom as a place from which to shop online to an excuse for arrogance. Yes, I know, Parisians being arrogant? Never! While that was something I experienced almost everywhere I went in Paris 30 some odd years ago, it was something I only experienced in the boutique optical shops of Paris this trip.

This isn’t about me however, This is about you. How do you deal with someone who wants to take a photo in your shop? Do they want to showroom your store, to leave and buy online? Do they think your store is wonderfully laid out and a great inspiration for their shoe store? Those are two very different reasons to take a photograph. Are you setting blanket rules that help you or hurt you? How do you handle each situation? How should you handle each request?

How many more souvenir books or postcards would the d’Orsay or the Louvre sell if they prohibited photos? A handful, maybe? How many people would wander the museum taking pictures anyway when the guard wasn’t looking? Why bother with a ban? What would be accomplished? I feel much the same way about a shop that prohibits photos.

Personally, I would rather someone take a nicely framed photo of my store layout than some surreptitious clumsy photo taken to abide by my overly zealous rules. Yes, my press credentials do not give me a free ride to take photos anywhere I want. However, think about how a customer takes your rules. Had I not identified myself and instead walked in as a tourist into the Anne et Valentin store and found a pair of frames I liked only to be told no photographs, I might very well walk out disappointed, and over the days and weeks following maybe let that disappointment turn to anger so when my local shop showed me a pair of the very same frames I might do this… 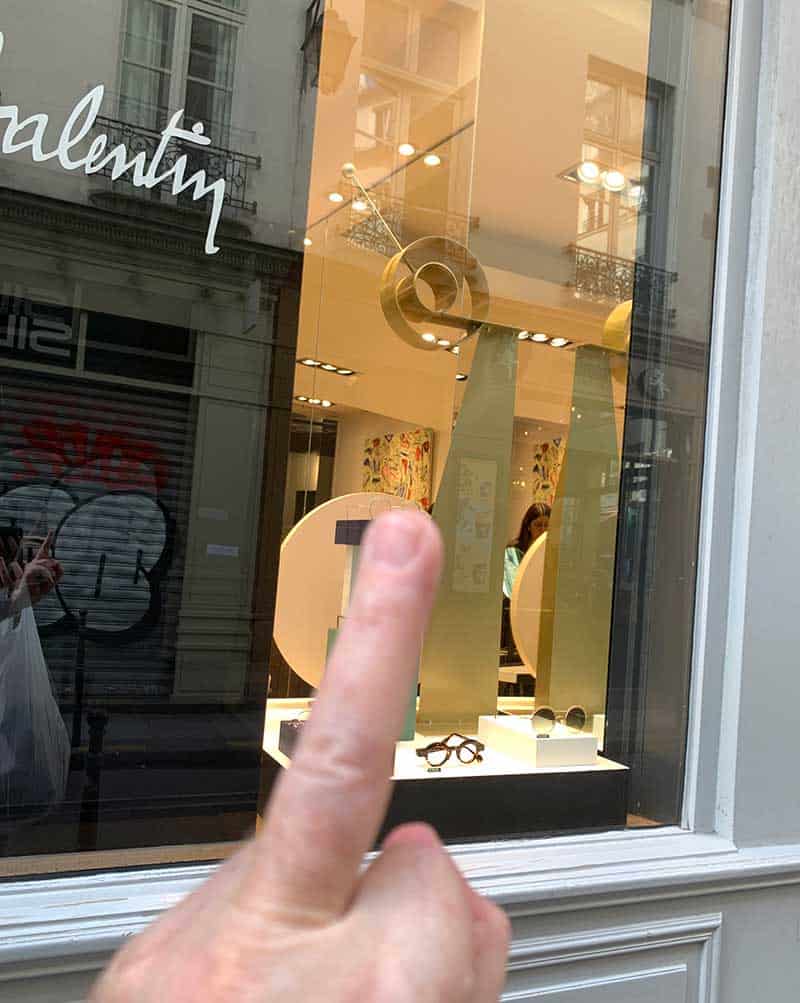