ORLANDO, Fla., Feb. 1, 2012 – Transitions Optical, Inc. has honored Optical Prescription Lab (OPL) as the 2011 Transitions Lab of the Year. The coveted title was presented during an awards ceremony Tuesday evening at the 16th annual Transitions Academy in Orlando, Fla. A four-time finalist for the award, OPL is a family-run lab headquartered in Pelham, Alabama that provides premium optical products to eyecare professionals throughout the southeast.

“Year after year, Optical Prescription Lab has proven to be a dedicated partner and true Transitions Lab of the Year contender,” said Scott Betcher, associate director, U.S. ECP sales, Transitions Optical. “Throughout 2011, the entire OPL team remained motivated and set their sights high – taking full advantage of Transitions Optical’s programs and resources to exceed their goals. We congratulate OPL on their well-deserved win and thank them for their continued support.”

“While I’ve been with OPL for just a short amount of time, I can truly say that Transitions Optical has been a big part of our lab for the past 15 years,” said Conley. “We find tremendous value in offering the Transitions family of products – with the benefits extending far beyond our lab to our customers and their patients. We couldn’t be more honored to take home the Transitions Lab of the Year title.”

Throughout 2011, OPL made education a priority and held regular staff meetings to get everyone up-to-speed on the products and programs available from Transitions Optical – from Eye Didn’t Know That! to the Transitions Online Marketing (TOM) tool. Twice a month, the lab also hosted in-office training sessions at different eyecare professional locations to talk about the Transitions family of products and make sure their customers were armed with the right resources to present Transitions® lenses to their patients.

In addition to education and marketing efforts throughout the year, OPL remained active in their local community – helping more than 100 Alabama residents who had lost or damaged eyeglasses during the April 2011 tornadoes. The lab reached out to its eyecare professional partners to set the tornado victims up with a free eye exam, offering to provide the frames and lenses for free new pairs of eyewear. Everyone under the age of 25 was automatically given Transitions lenses, and those over 25 were given a choice of Transitions lenses or clear lenses.

Following a successful year despite tough economic times, Conley says he and his team are far from winding down and are already gearing up for 2012.

“We’re going to blow it out of the water,” said Conley. “If there’s one word that could describe everyone on our team, it’s driven. We have our year-long plan in motion and are already hearing the excitement from our eyecare professional customers. We’ll be back vying for the Transitions Lab of the Year title next year.”

As the 2011 Transitions Lab of the Year, OPL will be inducted into the Heritage Lab Ambassador’s Club, exclusively reserved for the current and past winners. Throughout the year, Transitions Optical will work closely with OPL to help them develop a strategic marketing plan for 2012, and will also provide the lab with exclusive marketing support.

About the U.S. Transitions Lab of the Year Award

The Transitions Lab of the Year award has been awarded annually since 1991 to an independent lab that has shown the highest level of commitment to growing its business with Transitions Optical’s family of products and programs over the past year. Criteria include innovation and creativity in executing marketing programs and promotions; commitment to educating staff and customers; efforts to promote healthy sight to customers and within the lab’s local community; strong results and growth with Transitions lenses over the past year; and overall passion for and devotion to the Transitions brand.

Since 1977, Optical Prescription Lab (OPL) – headquartered in Pelham, Alabama – has operated as a family owned independent laboratory. From its beginnings as a small, local optical lab in downtown Birmingham, OPL has become an advanced, highly capable lab that provides premium optical products to eyecare professionals throughout the southeast. To learn more, visit www.OpticalPrescriptionLab.com. 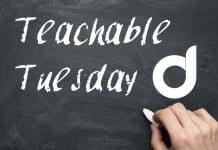 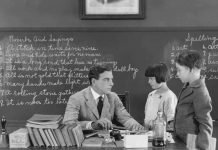 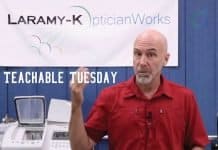