Continuing to draw inspiration from modernist architecture, Ørgreen is pleased to announce the launch of seven new titanium frames, for both women and men. The new styles are designed in a true contemporary fashion and once again, are cementing Ørgreen’s established know-how in working with Japanese Titanium.

As a consecrated innovator when it comes to design and functionality, Ørgreen employs several of its self-developed techniques in the newly released styles. While Cambron and Klein come with a flattened edge, giving the frames a sleek and minimalist aspect, Dessau and Louisiana employ a rounded edge, a feature previously attributed to Acetate frames. And last but equally noticeable, three of the frames include a remarkable design element, having soldered temples as both a purposeful and aesthetic component.

Pomp is named after Paris’ most controversial modern monument – the eclectic Centre Pompidou, designed by Piano &amp; Rogers. This female optical style is ultra-feminine and sleek, characteristic for its soldered temples. Ideal for medium-sized faces.

Named after the German town that spawned the Bauhaus, Dessau is a classic male optical frame rooted in the modernist design tradition: simplicity, elegance, and functionality. The round frame and edges are paired with a more shallow design, making it fit for smaller faces.

Louisiana takes its name from Denmark’s most pristine modern art museum, designed in the late 1950s by Vilhelm Wohlert and Jørgen Bo. With a similar spirit, Louisiana is distinct for its subtle design with pointy corners, round edges, and sleek square shapes.

An homage to the subtle elegance of modernist architecture, Cambron is a male optical frame with a super-thin front and even thinner temples, detailed with silicone end tips. The flat edge cites our top seller Vanderbilt, of which Cambron is a smaller version of.

Klein is inspired by the subdued modern elegance of Tokyo architects Klein Dytham – and is distinct for its minimalist and soothing curve lines. This small female frame boasts a flat edge and one of our thinnest temples (4mm), completed by a silicone end tip.

An ode to Frank Lloyd Wright’s harmonious vision of modern architecture, Lloyd is a solid aviator style for men. Without the traditional double bridge, replaced by soldered temples, and a wide and more square shape, this optical frame acquires a contemporary feel, fit for larger faces.

For more information on these SPECtacular frames from Ørgreen, click here. 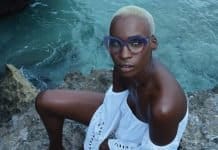 An Inspiring Place In The Sun – Peoples From Barbados Eyewear 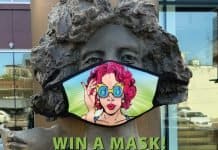 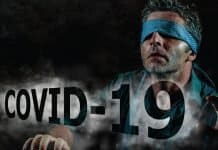