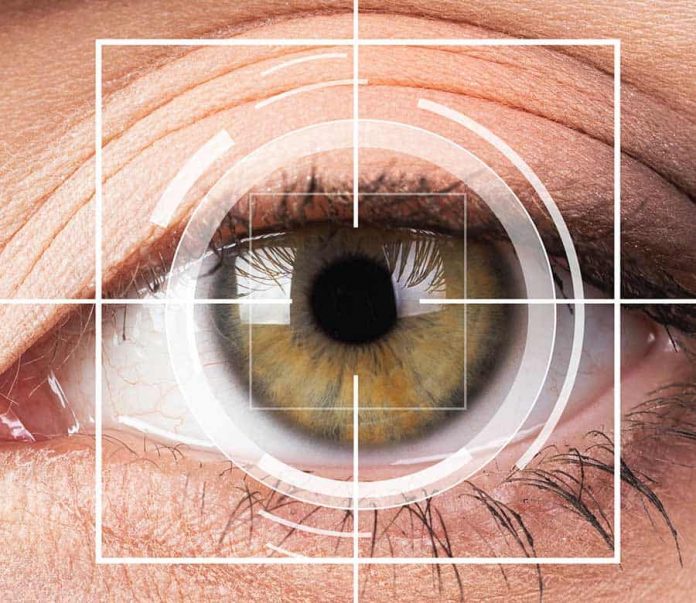 Ocutrx Vision Technologies, LLC, an advanced research and development California-based manufacturer of augmented reality (AR) glasses, announced the results of the first pre-pilot clinical trial for the company’s Oculenz AR glasses. In the single-arm crossover study of subjects with Advanced Macular Degeneration (AMR), the Oculenz AR glasses significantly improved the ability of subjects to read small letters and print at near and far viewing distances when compared to their own standard near correction (or no correction) in subjects with scotoma impairment from AMD.

Ocutrx Chief Scientific and Strategic Officer Dr. Linda Lam, MD, MBA will deliver complete results of the study at the 19th European VitreoRetinal Society Meeting in Lisbon, Portugal on June 27. “We are excited about the positive results from this preliminary pilot study as it demonstrated that the Oculenz ARwear Modified Real-Time Streaming Video (MRTSV) method of pixel manipulation can provide enhanced functional vision for those with AMD eye deficits,” said Dr. Lam. “The results revealed that all subjects had increased functional vision in reading the logMAR eye chart, and in reading paragraphs from the Contemporaneous Near Eye Chart (CNEC); as well as in recognizing features of familiar people.”

The trial subjects initially used a self-calibration module, where the digital AR headset identified the subject’s scotoma (scotoma marker), which correlated the area of non-vision with the AR headset. The self-calibration results were compared to a Fundus Autofluorescence photo of each eye taken prior to the testing. Reading performance was evaluated using the logMAR chart, per eye, both before and after wearing the Oculenz AR headset. The CNEC was used to test reading skills before and after wearing the Oculenz device set at no magnification. Several Oculenz modalities were used during the testing, including Reading Mode – which moves the image rectilinearly (left and right); Face Mode – which moves the pixels 360° out of the area of the defect; and Task Mode – which provides a cat-eye or fish-eye cut-out of the defect. The study consisted of one visit which included Autofluorescence photos, training with the Oculenz headset and tests of visual function.

Dr. Thomas A. Finley, M.D., head of the Tulsa Retina Consultants and chairman of the Ocutrx Medical Advisory Board, viewed the test as a success. “Through this groundbreaking pre-pilot study, Ocutrx has been able to explore the capabilities and efficacy of the Oculenz Self-Calibration Visual Field Edge Detection Test and the resulting MRTSV with AMD subjects when performing tasks such reading the logMAR chart, reading paragraphs from the CNEC and facial recognition. The Oculenz headset was a significant aid for improving functional vision when measured using the logMAR and CNEC.”

The Patient Study was assisted by Scott Hewitt, CCRC and Deborah Hardison, COMT.  Mean age of the subjects was 68 (54-76). The best-corrected acuity was from less than 20/200 with near (or no correction) improving to 20/63 with the Oculenz ARwear without magnification. Mean CPS improved from 0.96 logMAR (L/R) with near or no correction to 0.61 (L) and 0.58 (R) logMAR with the Oculenz ARwear at no magnification. Improvement ranged up to 5 lines on the logMAR chart without magnification. All subjects had difficulty reading and most subjects had not been able to read for years prior to wearing Oculenz. All subjects were able to read at a standard reading pace at 30 point type (J-16); with some reading down to 12 point type (J-10) in just one session wearing the Oculenz. These results suggest that with “neuro-adaptation” subjects learned to comprehend the entire modified view and ignore the blind spot in reading.

“The science and technology that allowed this pre-pilot study to achieve such encouraging results is truly exciting and it has energized the Ocutrx team to continue to push to revolutionize the way we help patients with AMD,” said Michael Freeman, Ocutrx founder and CEO. “However, all of that excitement pales in comparison to the feeling of joy when seeing the look on a wife’s face while watching her husband sail through a basic vision test he wouldn’t have had any chance of passing for the past several years or even decades. The tangible improvement to our patient’s everyday lives is one of the most rewarding experiences of my career.”

While the Oculenz technique does not remove the scotoma, by moving letters and words outside of the geographic area of the scotoma to adjacent sighted areas of the retina, the person can see all letters of a focused word. The Oculenz headset provides a “perceived de-emphasis” of the scotoma and enhanced reading of the letters and letters in a word, as well as enhanced recognition of faces and features of familiar individuals.

With corporate headquarters in Irvine, California, and a research and development lab in the US Midwest, Ocutrx is a new breed of AR manufacturing company focusing on the best connected lightest weight AR headset housing the largest field-of-vision in the market. At a time when worldwide applications for easy-to-wear and easy-to-use AR solutions are being touted as the “next big thing after smartphones,” Ocutrx is creating impactful, revolutionary AR wear for mass use.  To learn more about Ocutrx and its ground-breaking technology, please visit the company website at www.oculenz.com. 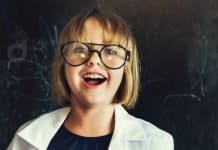 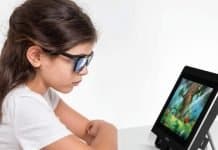 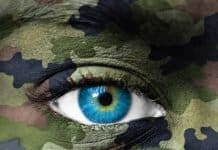