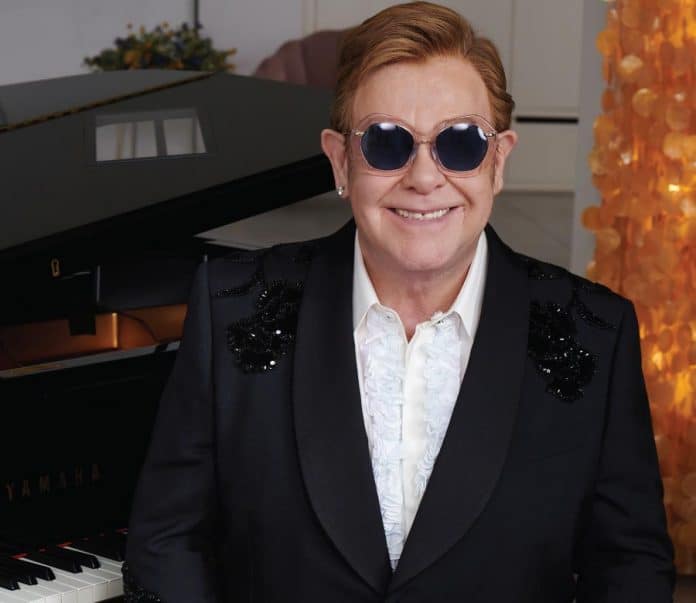 Elton John Eyewear, a new line of stylish, accessible eyewear, is launching at Sam’s Club and at Walmart. Elton John collaborated closely with the retailers on the development of the brand, with each pair inspired by his iconic style and famed music career. Each frameSams C was given a name by Elton himself, like “Rocketman,” a nod to his chart-topping hit and most recent Academy Award Nominated film of the same name, “A-List” reflecting moments when he was at the peak of his career, and “Prodigy,” representing his rise from a shy piano prodigy in the UK to international celebrity. From their shapes and colors to their lenses, the goal of the collection was to ensure that there is a frame for every fan.

“Elton John Eyewear celebrates confidence, self-expression, and authenticity,” said Elton. “The line is designed to have something for everyone, so no matter who you are, you can always Look Yourself. It’s not just about glasses, it’s about changing the way people see themselves.”

“Our customers and members are going to love this collection. We’re thrilled to celebrate Elton John’s creativity and iconic style by launching a fun, on-trend eyewear collection that will help customers feel their best, all at an everyday low price,” said Janey Whiteside, executive vice president, and chief customer officer, Walmart US. “On top of that, we’re proud to shine a light on the work of the Elton John AIDS Foundation and donate a portion of the sales to their important mission.”

The exclusive, evergreen collection – The Foundations Collection – will be available for purchase nationwide in Sam’s Club Vision Centers and on samsclub.com today and at Walmart later this week. Sam’s Club will also offer its members two additional collections that celebrate Elton John’s confidence and self-expression. The Capsule Collection, designed for collectability, showcases Elton John’s musical journey. “The Formative Years” (Capsule I), represents Elton’s childhood and time as a student in music, so the eyewear reflects its most classic and conventional looks. “The Working Musician” (Capsule II) continues the story, showcasing the time when Elton John discovers Rock and Roll is his true calling. As such, the Capsule II offers next-generation styles. Currently, five Capsule Collections are planned.

Finally, just in time for the holidays, Sam’s Club will launch The Master Collection. Drawn from Elton’s personal collection, Elton John Eyewear will recreate and reissue his most iconic looks with “collector” frames that are only available at samsclub.com.

Next year, Elton John Eyewear is expected to offer additional frames, as well as to expand its reach to additional locations across Walmart Inc. retail stores globally.

Walmart and Sam’s Club are committed to providing quality, affordable and accessible healthcare in the communities they serve. That includes offering affordable fresh foods and other grocery items, household essentials, and reduced-price prescriptions, along with a broad assortment of high-quality items at a great value, like Elton John Eyewear.

Elton John’s career achievements to date are unsurpassed in their breadth and longevity. He is one of the top-selling solo artists of all time, with 1 diamond, 40 platinum or multi-platinum, and 26 gold albums, over 50 Top 40 hits, and he has sold more than 300 million records worldwide. He holds the record for the biggest-selling single of all time, “Candle in the Wind 1997”, which sold over 33 million copies. ‘Diamonds’ the Ultimate Greatest Hits album, reached the Top 5 of the UK album charts on its release in November 2017, becoming Elton’s 40th UK Top 40 album in the process. This release celebrated 50 years of his songwriting partnership with Bernie Taupin. August 2018 saw Elton named as the most successful male solo artist in Billboard Hot 100 chart history, having logged 67 entries, including nine No. 1s and 27 Top 10s. In August 2021, Elton achieved his 68th Hot 100 hit with single “Cold Heart (Pnau Remix),” featuring Dua Lipa. The wildly popular track marked his record return to the Billboard Hot 100’s Top 40, extending his run to 50 years.  He now holds the longest span of Hot 100’s Top 40 appearances in history. In May 2021, he was honored with the iHeartRadio Icon Award in recognition of his incredible influence on music and pop culture.

In January 2018, Elton announced the “Farwell Yellow Brick Road” Tour at New York’s Gotham Hall. Encompassing five continents, and over 350 dates, the tour kicked off September 2018 and marks his retirement from touring after more than 50 years on the road. In 2019 it was named Billboard’s “Top Rock Tour” and Pollstar’s “Major Tour Of The Year.” To date, Elton has delivered more than 4,000 performances in more than 80 countries since launching his first tour in 1970. 2019 also saw the release of Rocketman and global bestselling autobiography, ME. An epic fantasy musical motion picture of Elton’s life, Rocketman has been a commercial and critical hit, taking close to $200m at the box office. The film has won an Oscar, two Golden Globe Awards, and a Critics’ Choice Award and garnered BAFTA nominations. Its soundtrack was also nominated for a GRAMMY Award.

In 1992, Elton established the Elton John AIDS Foundation, which today is one of the leading non-profit HIV/AIDS organizations and has raised over $515 million to date in the global fight against HIV/AIDS. In June 2019, President Emmanuel Macron presented Elton the Légion d’Honneur, France’s highest award, for his lifetime contribution to the arts and the fight against HIV/AIDS.

About Walmart
Walmart Inc. (NYSE: WMT) helps people around the world save money and live better – anytime and anywhere – in retail stores, online, and through their mobile devices. Each week, approximately 220 million customers and members visit approximately 10,500 stores and clubs under 48 banners in 24 countries and eCommerce websites. With fiscal year 2021 revenue of $559 billion, Walmart employs 2.2 million associates worldwide. Walmart continues to be a leader in sustainability, corporate philanthropy and employment opportunity. Additional information about Walmart can be found by visiting corporate.walmart.com, on Facebook at facebook.com/walmart, and on Twitter at twitter.com/walmart.

Sam’s Club®, a division of Walmart Inc. (NYSE: WMT), is a leading membership warehouse club offering superior products, savings and services to millions of members in nearly 600 clubs in the U.S. and Puerto Rico. Now in its 39th year, Sam’s Club continues to redefine warehouse shopping with its highly curated assortment of high-quality fresh food and Member’s Mark items, in addition to market leading technologies and services like Scan & Go, Curbside Pickup and home delivery service in select markets. To learn more about Sam’s Club, visit the Sam’s Club Newsroom, shop at samsclub.com, and interact with Sam’s Club on Twitter and Facebook.

The Elton John AIDS Foundation was established in 1992 and is one of the leading independent AIDS organizations in the world. The Foundation’s mission is simple: an end to the AIDS epidemic. The Elton John AIDS Foundation is committed to overcome the stigma, discrimination and neglect that keeps us from ending AIDS. With the mobilization of our network of generous supporters and partners, we fund local experts across four continents to challenge discrimination, prevent infections and provide treatment as well as influencing governments to end AIDS. www.eltonjohnaidsfoundation.org