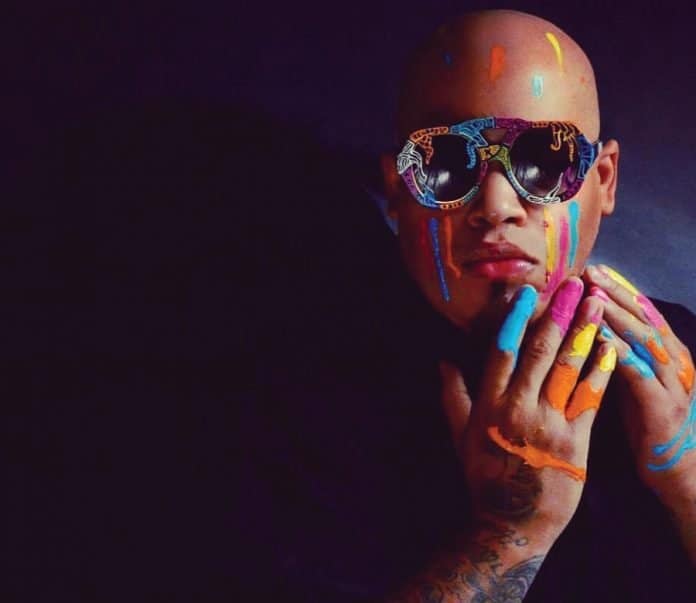 George “Goldenboy” Phelps is the artist behind the brand’s success. A resident of Houston, George has always been passionate about art. His talent was no secret as his teacher helped him host an exhibit at the mere age of twelve.

Big things were in store for the young art prodigy, but he left his brushes in his preteen years to pursue a career in his second love: music. For seven years, George built a career in the music industry as he traveled from city to city to perform. Despite keeping his focus on his career, the artist in George never left.

Eventually, George found himself sitting in Harris County Jail one day. While he was there, George felt God spoke out to him and told him that he wanted George not to waste the life he had been given. The communion sparked an idea that eventually became the basis for SkyTrues.

While in Harris County Jail, George was sitting with an older inmate. After he was inspired to create SkyTrues, he shared the idea with the older man who told him, “If it sounds crazy, it’s a hit.”

George would start up SkyTrues, but like every business owner, he experienced difficulty getting his idea off the ground. People found his colorful abstract eyeglass style weird, and he would often be canceled out of fashion shows. George did not find respect as a designer because of his lack of experience and was often overlooked.

This led to a financial struggle as he found it difficult to market his brand to unbelievers. George needed to find new, innovative ways to gain attention.

George found his motivation one day when a young man approached him and admired the pair of eyeglasses he was wearing. The young man would purchase the pair for $40.00, giving George the motivation to launch SkyTrues.

He would use the name SkyTrues because it means true to the skies of flyness or representing people who like to be fly and aspire to be different. SkyTrues is the art of being true to yourself and are flying to new heights.

As for the glasses, George personally handcrafts them. He incorporates his abstract designs to create custom designs specifically for the customer. Each pair that he designs is uniquely made so that no two pairs are alike. Essentially, SkyTrues is known to be ‘Picasso on Frames.’

Once shunned, SkyTrues has become a pioneer for taking eyewear to another level. George’s works have been so new and innovative that his style has even been imitated. His frames have been worn by celebrities, from hip hop legends to politicians and ballplayers.

SkyTrues has been recognized and featured in magazines like The Houston Style Magazine, Rolling Out Magazine, The Young Houston Magazine, and even a few blogs. Their frames have even been spotted in the Soul Train Music Awards.

George is hopeful that SkyTrues will inspire others and make people aware of a different form of fashion available and allow them to take their fashion to the next level.

To find out more about George Phelps and SkyTrues, you may visit their website.