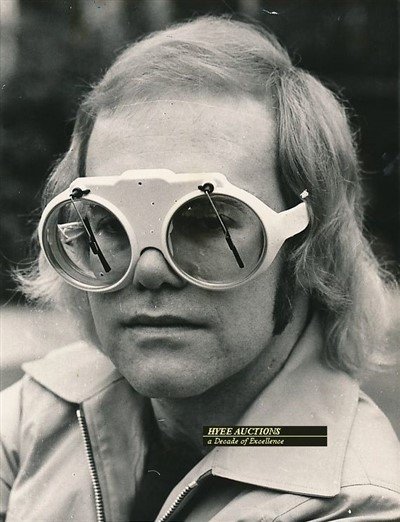 If you are in Las Vegas, you can visit the Hard Rock Cafe to view Elton Johns’s famous Windshield Wiper Eyeglasses.

The first patent for windshield wipers was issued in 1803 by Mary Anderson, but the first automatic windshield wipers were invented in1921. Called “Folberths,” after their inventors, Fred and Willaim Folberth, they were powered by an “air engine,” a device connected by a tube to the inlet pipe of the car’s motor.

We know Wiper Sunglasses are available because there are quite a few videos like this:

Christina Is Yo Momma | Myspace Video

Shades of Fun used to carry these back in 2004

There are several patents For Eyeglasses with Wipers

Bottom line, I don’t know who invented them. At one time (2004) they were available on the market. The best place to find a pair is probably ebay or other auction sites. 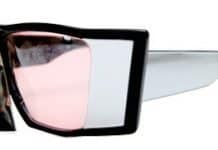 The Eyewear Evolution of Nose Shades 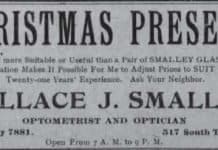