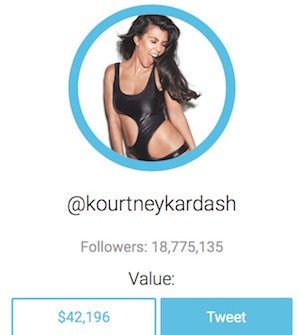 Celebrity Couture ‘Lines’ are a growing category in business and it is big business. You see many more brand ‘ambassadors’ or ‘creative consultants’, ‘celebrity endorsed’ products than ever. You have seen every A,B and C celebrity #hashtagging products. In fact companies are leaving TV ads for targeted marketing with social media, spending more than $255 million on influencer marketing every month. Research also points out that sales can rise 4% after signed a celebrity.

It has gotten so big that The Federal Trade Commission is cracking down. So many celebs are endorsing brands in their social media accounts without disclosing that they were paid for their #rave about a product.

Eye Boggler: Did you know in perfumes celebrities can make between 5-10% of sales for licensing and that does not include an upfront payment, which can be $3 Million and over. Research says that celebrity perfumes are over $1.3 Billion a year, which is a large scent in the $5.2 billion dollar industry in the US.

Celebrity-Marketing is not new.. Since Babe Ruth endorsed a soft drink in the 1930’s, ‘Sports Companies’ have involved celebrity athletes. (Think Gatorade) From Football to Tennis to NASCAR, endorsements are the the name of the game and help to build the brand. In fact, it is rare to find any sports or even lifestyle sunglasses that is not attached to a surfer, skater, driver, fisherman, parachutist, skier, baseball player and more. Obviously other brands are learning from the sports performance market.

All that said: What is a #eyewearhashtag really worth?

First I went to Webfluential to see how much one of our Tweets were worth. Only $35-$40. Not enough to make a living that is for sure, unless I did a lot of Tweets.

Then we found on Vocativ this chart on influencer payments. A little FYI, you do not have to be a Rock Star to be an influencer.

Other than sports, Celebrity Couture Eyewear comprises of several different types of marketing. All can be taken advantage of by eyecare professionals.

1.) Celebrities license out their name for a fee. Usually includes upfront cost and a percentage of the take. May include images, maybe to show up at a trade show. The time frames is usually for 5 years and if it works, then the license is renewed.

2.) Celebrities create a ‘capsule collection‘ for a manufacturer or designer. Oh course they want to have their creative say in the product, accessories and marketing. Once the collection is made and is sold out, it is over. You saw this with Madonna (D&G) and Rihanna (Dior). If the celebrity has a strong following, the capsule collection is sold out immediately. You can always pick it up at an inflated cost on Amazon or ebay.

3.) Celebrities endorse a product. This can be rewarded with Free Products and money.You see this in many athletics and sports. This is the biggest #celebrityhashtag. Maybe Justin Timberlake does eat at McDonalds, maybe JoLo does use Loreal.

4.) Celebrities Model For a Product and they call it celebrity endorsement. We are not idiots, the celebrity is only endorsing the product because they get paid to.

5.) Celebrity becomes Brand Ambassador or Creative Director, such as Lady Gaga in 2011 for Polaroid. (Jezebel)

6.) Celebrity gets paid to #hashtag a product for money. Sometimes it can be for cause in the case of Diff Eyewear and Kendall Jenner for a give back sale.

The Times reported that 29-year-old social media “celebrity” Shaun McBride, who goes by Shonduras and has 700,000 followers, earned $10,000 a pop for as many as five promotional stories a month on Snapchat that would disappear after a day. (Vocativ)

7.) Celebrity decides to create their own eyewear brand and market through their website. These seem to be more ‘B’ type celebrities: See Snooki, Paris Hilton and Amber Rose.

After reviewing the list of Celebrity Eyewear, it became apparent, that celebrity eyewear can work by building brand awareness and creditibility. But  it does not guarantee success as many ‘launches’ have never come to fruition and some do not last beyond the five years of licensing.

We pulled together some some ‘branded celebrity eyewear, capsule collections and a few others.

With all of that said, generally speaking is it worth it to have Celebrity endorse your products? I asked Dan Feldman of DBA Design, what his experiences have been with local celebrities.

We’ve used local celebrity endorsements over the years for clients with diminishing returns. There was a time someone was ecstatic to pick out a new pair of designer eyeglasses and mention how well they were taken care of at that store when speaking about their new eyewear. We would even pop for radio commercials for those radio hosts and pay a nominal talent fee for every live commercial on top of the commercial radio time. Of course, live commercials are a thing of the past anymore. Today, it seems the eyewear can be dispensed on Monday and by Friday the celebrity talent will be shilling for a Lasik center. The loyalty and gratitude last about as long as they are in the store anymore. More importantly, I believe radio listeners have learned that the “talent” are endorsement whores who move from recommending specific products and stores to competing products and stores as easily as changing underwear, making their endorsement progressively worth less and less. So I would recommend any endorsements be from people who really and truly like you and your store instead of celebrity hired guns.

Then we went to Eyetique to see how they use Celebrity endorsements. Catchy titles with local celebrities in black and white are different. Real people in casual looks make the products appealing.

Bottom line, celebrity endorsements and #hashtags can work, if you use it right. If you are carrying the product, follow them on Social Media, be aware of their postings, so you can repost and share a  “come see it here“, we carry this. Take advantage of the celebrity and not make it just another product in your office.

Celebrity Fragrances: Why Stars Do Them, And How Much They Really Make

Forbes Magazine: The Sunglass Industry A Lesson in The Importance of Branding

How Much Are Your Instagram Posts Worth (Daily Mail) 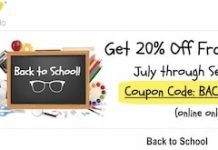 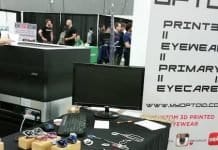