Years ago, we wrote this article on my friends over 50 are getting shafted by their eye doctors. Over the last year one of those friends (now over 60) has been relating to me her eye doctor issues.

I had referred her to a new eye doc about 20 years ago. Over the years, she had complained about his staff and him flirting with staff and ignoring her. Essentially she liked him until about 3 years ago. This is why:

1.) She did not like the frame selection and told them. In fact it was so bad she went to a J.C. Penney’s and did one of their frame and lens packages. She liked their selection better. Her Doc knew, because she went in to get her frames adjusted. RED FLAG #1.

2.) A year later in San Francisco, she spent over $700 on another out of pocket sunglasses. Of course she ordered the lenses too in San Francisco. Her Doc had to to know because they called to get the script. RED FLAG #2.

Moral of this story: The doctors staff pre-judged her pocket book and did not offer a choice to find eyewear she liked. In fact, I had told her to find green frames and she asked them and they told her they were not available. RED FLAG #3.

Lenses: My friend loves her Round 38/ or Ultex. When she got her new lenses put in the frame (not a new frame because she didn’t like their eyewear selection) they put her in a Flat 28. She hates them, hates them and hates them and will not wear the frames. What happened:

She came and talked to me and had to be her own advocate. I went on the optical forums to inquire and found out that Round 38’s and 40’s were still available just not through VSP. Found several labs (VSP and otherwise that still had the lenses in stock). She would have to pay out of pocket.  I told her this and she stated that why didn’t the staff tell her this and she would pay out of pocket.

All of this took time until her next yearly eye exam. The staff told her to adjust to her new lenses, (RED FLAG #4)  She tried and stopped wearing them. She had called several times and they would not deal with this issue. She asked me for referrals to other doctors. I informed her to deal with Doc at her next annual eye exam, which she did

Doc then informed her about his problems with VSP. Which she understood, but for a year she was unhappy with her doctor and was actively seeking other choices. She felt better and that he was being honest, but questioned why didn’t the staff inform her? (RED FLAG #5, why didn’t the staff make notes in the file and if they did, why didn’t the Doc address them?)

All of this is well and good, but there is a bigger issue here:

This is just one story and believe me, I have many, as everyone wants to tell me their optical story. What to me is the worst part, many of these stories are about independent eyecare professionals who have turned a blind eye to superior customer service. 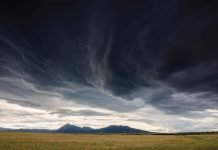 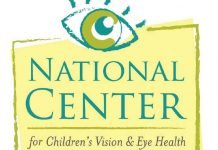