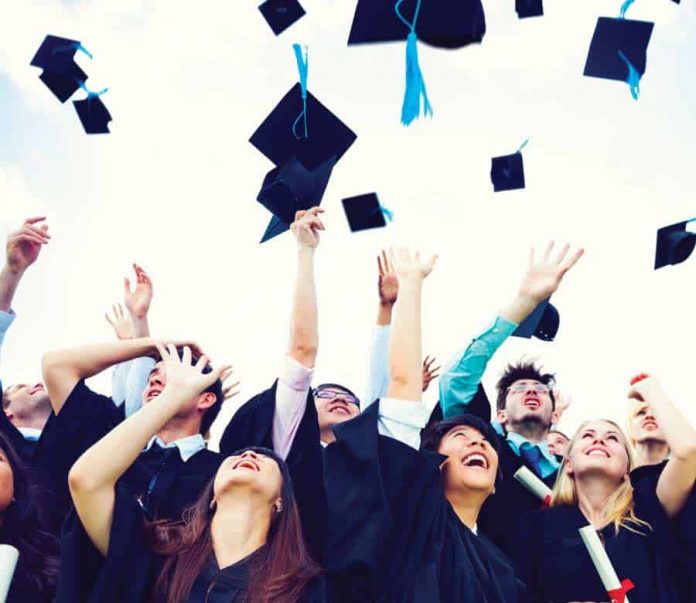 Renaming the college as the James C. Wyant College of Optical Sciences recognizes Wyant’s significant impact – in academia and as a business leader in the field – and his exceptionally generous philanthropic contributions to the UA and the college, Robbins said.

“Dr. Wyant’s enormous contributions over a 40-year period as a professor, dean, business leader and philanthropist have been instrumental in advancing the college’s world-leading education and research program in optical sciences, ” Robbins said. “His extraordinary tenacity, vision and generosity have promoted the success of the university’s mission to provide our students with unprecedented opportunities to drive innovation and become future leaders in our society.”

In the past six years, Wyant has donated more than $30 million to support optical sciences faculty and students at the UA.

In November, the university announced that Wyant and his family were pledging $20 million to support 10 new endowed faculty positions in the College of Optical Sciences.

The commitment was the largest gift for endowed faculty chair positions in the UA’s history – and the second historic donation from Wyant.

“Jim’s academic leadership and philanthropic investments ensure that we can continue to grow, and recruit and support the best students and faculty – attracting the top people from around the world to make advances in optics that will improve our lives in unimaginable ways,” said Thomas L. Koch, dean of the college.

Wyant, a pioneer in the optics and photonics fields, earned a doctorate in optical engineering from the University of Rochester’s Institute of Optics. His career in optical engineering began at Itek Corp., based in Massachusetts. His work included computer-generated holograms for testing aspheric optics – and then, later, the development of phase-shifting techniques for transferring interferometric data to computers, and wavefront sensors for adaptive optics. While working at Itek, Wyant taught physics and math at Lowell Technological Institute.

In 1974, he joined the UA as an assistant professor of optical sciences, becoming a full professor by 1979. Many of his former doctoral and master’s students went on to become leaders in their fields.

In order to follow his interest in taking his discoveries to market, Wyant co-founded WYKO Corp. in Tucson in 1982, and moved to part-time teaching in 1984. The idea for the company came about after he co-invented a computerized interferometer for high-precision measurements of the roughness and shape of surfaces. Applications included diamond-turned mirrors, magnetic storage tape and recording heads of hard disk drives.

In 1997, WYKO was acquired by Veeco Instruments Inc. and Wyant returned to full-time teaching at the UA. He became director of what was then the Optical Sciences Center in 1999, and then dean as he led the transition of the center to a college in 2005.

As dean, Wyant oversaw tremendous growth in research as well as the expansion of the Meinel Optical Sciences building, which added 47,000 square feet of state-of-the-art teaching and research space. Wyant retired in 2013, yet continues to be active at the college as a professor emeritus.

In addition to WYKO, Wyant co-founded the Tucson-based 4D Technology Corp. and has served on the boards of directors of other successful optics companies. His business acumen has earned him industry accolades, including his selection as an entrepreneurial fellow at the UA Eller College of Management. In addition, he has been honored with Arizona’s “Innovator of the Year” Product Award, the Tom Brown Excellence in Entrepreneurship Award and the UA Technology Innovation Award.

“Jim is inspired by the impact optics can have, and repeatedly took the risk to co-establish and invest in successful optics startups,” Koch said. “His commitment to students and faculty of the college was clear as a professor and dean, but he has gone way beyond that. Jim and his family have dedicated major portions of the rewards from his business successes right back to the faculty and students of the College of Optical Sciences.”

A member of the National Academy of Engineering and the National Academy of Inventors, Wyant has also served as president of the two major international professional societies in optics, SPIE and OSA – The Optical Society. He also has been recognized for his technical work with numerous awards, including the OSA Joseph Fraunhofer Award in 1992 for pioneering work in the development of optical testing technology, the SPIE Gold Medal, and the SPIE Technology Achievement Award. He is a five-time recipient of R&D Magazine’s R&D 100 Award, as well as a five-time recipient of Laurin Publishing’s Photonics Circle of Excellence Award for optical products.

Most recently, Wyant received the SPIE Visionary Award – given to an individual whose lifetime work has demonstrated exceptional foresight, creativity, advocacy, and vision and has furthered the research, development, and industries related to light-based technologies.

“Dr. Wyant and his family have a passion for educating students and providing opportunities for faculty who are committed to change the world for the better, ” Robbins said. “It is truly fitting that the James C. Wyant College of Optical Sciences will bear the name of its founding dean and honor the incredible legacy of someone who has been instrumental in establishing the UA as the national leader in optics and photonics.”

The official renaming ceremony for the James C. Wyant College of Optical Sciences is planned for this spring.