Vuzix® Corporation (NASDAQ: VUZI), a leading supplier of Smart Glasses and Augmented Reality (AR) technology and products, has announced that the Vuzix Blade® Smart Glasses was used to aid the first AR total knee replacement surgery conducted in the United States. The operation was completed by an orthopedic surgeon in New York City at the Hospital for Special Surgery (HSS), which has been nationally ranked number one in orthopedics for 11 consecutive years.

The augmented reality knee replacement platform from Medacta, known as NextAR™ TKA, received clearance from the U.S. Food and Drug Administration (FDA) in July. It utilizes a preoperative CT scan of the patient’s knee for surgical planning and the use of augmented reality glasses during surgery. The Vuzix Blade Smart Glasses allow the orthopedic surgeon to visualize the structures of the knee and track progress in real-time directly on the operative field, without having to look over at a computer screen.

“Vuzix Smart Glasses continue to be leveraged across healthcare to aid in the delivery of the next generation of clinical care such as surgeries that leverage augmented reality smart glasses, artificial intelligence, and machine learning,” stated Paul Travers, Vuzix President, and Chief Executive Officer.  “It’s a significant milestone for the augmented reality smart glasses industry and Vuzix is thrilled to be part of another industry first in healthcare.”

Vuzix is a leading supplier of Smart-Glasses and Augmented Reality (AR) technologies and products for the consumer and enterprise markets. The Company’s products include personal display and wearable computing devices that offer users a portable high-quality viewing experience, provide solutions for mobility, wearable displays, and augmented reality. Vuzix holds 179 patents and patents pending and numerous IP licenses in the Video Eyewear field. The Company has won Consumer Electronics Show (or CES) awards for innovation for the years 2005 to 2020 and several wireless technology innovation awards among others. Founded in 1997, Vuzix is a public company (NASDAQ: VUZI) with offices in Rochester, NY, Oxford, UK, and Tokyo, Japan.  For more information, visit Vuzix website,  Twitter and Facebook pages.

Certain statements contained in this news release are “forward-looking statements” within the meaning of the Securities Litigation Reform Act of 1995 and applicable Canadian securities laws. Forward-looking statements contained in this release relate to opportunities in the medical industry and use cases for Vuzix Smart Glasses, the success of partner solutions and ability to secure and maintain government approvals, existing and future business opportunities with HSS and Medacta, and among other things the Company’s leadership in the Smart Glasses and AR display industry. They are generally identified by words such as “believes,” “may,” “expects,” “anticipates,” “should” and similar expressions. Readers should not place undue reliance on such forward-looking statements, which are based upon the Company’s beliefs and assumptions as of the date of this release. The Company’s actual results could differ materially due to risk factors and other items described in more detail in the “Risk Factors” section of the Company’s Annual Reports and MD&A filed with the United States Securities and Exchange Commission and applicable Canadian securities regulators (copies of which may be obtained at www.sedar.com or www.sec.gov). Subsequent events and developments may cause these forward-looking statements to change. The Company specifically disclaims any obligation or intention to update or revise these forward-looking statements as a result of changed events or circumstances that occur after the date of this release, except as required by applicable law. 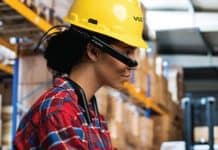 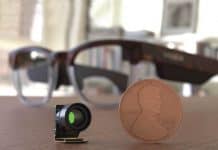 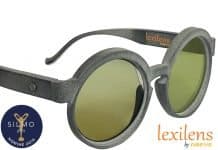