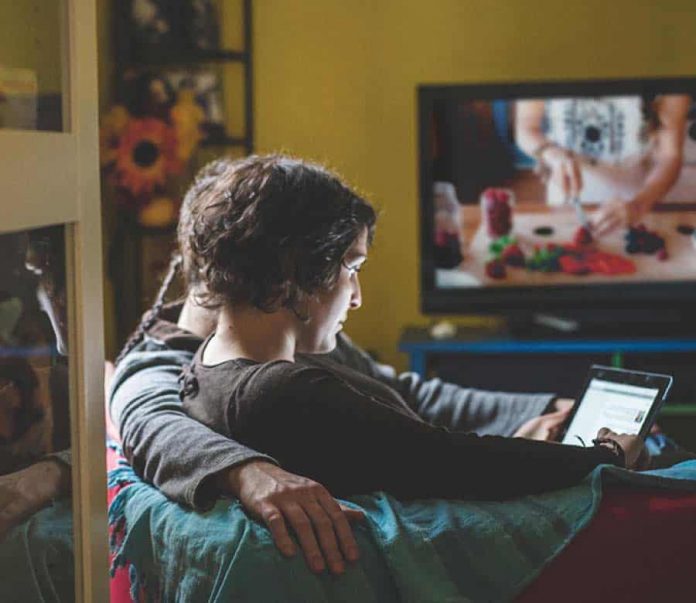 It’s finally happened. What’s been predicted for years and thought virtually impossible has finally occurred. It’s no secret Americans spend a huge amount of time watching television. For decades we’ve been glued to the “boob tube” watching Eye Love Lucy give birth, JR get shot, MASH leave Korea, the Seinfeld gang go to jail, the Sopranos fade to black, a single man foil a terrorist plot in 24 hours, a high school science teacher cook meth, and dragons burn everything in their path.

A dozen years ago, Steve Jobs helped usher in the smartphone era with the iPhone. Google gave us Android phones. Who remembers when Nokia was king?  Who remembers when having a Blackberry was cool? The smartphone took over mobile communications. Today, we carry around computers exponentially more powerful than the computers that took Americans to the moon and back, in our pockets. They are no longer cell phones but computers that happen to have a cell phone app.

We spend a lot of time on those devices too. According to a recent study, we touch our mobile phones a whopping 2,617 times……………a day! (get out your microfiber cloth and lens cleaning solution and clean that phone). We are addicted to our mobile phones. So much so, that we now spend about 3 hours and 45 minutes on our mobile devices compared to 3 hours and 35 minutes watching TV. According to eMarketer, that gap is only going to grow over the next several years too.

Even more important to marketers is how we watch TV. Does the photo above look like you or your family? Are you “watching” TV while surfing Facebook, Instagram, and YouTube on your phone? Our family sure does. This is called mutlscreening.

What does this mean for ECPs? Several things. For those who advertise on television, you need to ask yourself are you getting your money’s worth? TV advertising has never been cheap. From creating a good commercial to buying TV time when people are watching, you can spend many tens of thousands of dollars. If your customers and patients are multiscreening and aren’t paying attention to the television when your commercial comes on the air, how is that a good use of your advertising budget?

Secondly, as the picture above demonstrates, if people are using their TV for background entertainment while surfing social media on their mobile phones or tablets, what sort of lenses are you providing your customers? Are you asking the right questions of your customers? Here is a golden opportunity to provide a progressive lens or bifocal that allows them to see their television clearly at however far it is from their favorite chair and look down at their mobile phone and see that content clearly too.

The good ECP looks for opportunities in everyday life to provide the best products to their customers and patients for their lifestyle.