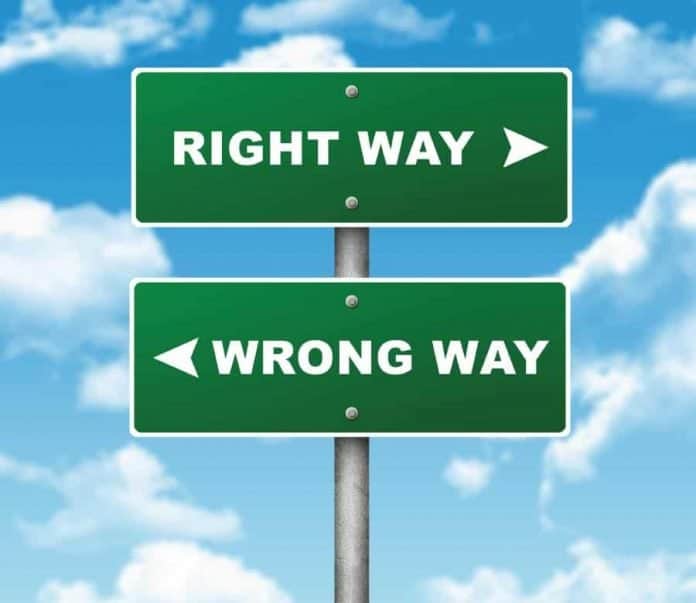 In what seems several lifetimes ago, I was the VP of Marketing for a national chain of jewelry stores. For many years before I ever started with the company, they had a monthly requirement of all the store managers to shop one of their competitors and turn in a shopping report. Month after month I received a report from every store manager saying how dirty store A’s showcases were or how uninformed store B’s staff seemed to be. I would read about how this store’s business practices were terrible or how another store treated their customers poorly. I could honestly cut the manager’s name off of one report and glue it to another and if you weren’t paying ultra-close attention, no one would be the wiser.

After just a few months on the job, it was time for all the store managers to fly in for a few days at the corporate office where tradition had them present their latest reports out loud as we went around the large conference table manager by manager. After the third report, I interrupted the store manager and to his relief said I didn’t need to hear any more reports. As I mentioned above, every report was virtually the same…..every competitor sucked.

To the CEO’s surprise and eventual support, I explained to the room that every store manager was wasting their time writing down everything that was wrong with every one of their competitors. (I didn’t realize at the time that the CEO had started the practice of each store doing a monthly shopping report.) Despite being new to the jewelry business explained to the room of managers that I grew up in retail. I explained I could not only discover all the things they were pointing out what was wrong with their competitors when I traveled to their cities every couple of months, but I could probably write as scathing a report about each manager’s store as well. Afterall, it’s easy to find fault with any business, especially when you try.

I then tasked the managers to spend the rest of the year shopping their competitors but instead of looking for what they were doing wrong, find something that each store was doing right. What store had the best window displays? What store had the best POP? What store’s sales presentation struck a unique chord? What store’s displays drew you in? Who was the best salesperson or jeweler in each of their competitors? Who was selling more of what? Which stores are doing what better than you? I went on to explain if you copied just one thing from every one of your competitors, who could beat you?

Just like the scene in the Orson Welles movie Citizen Kane, where the protagonist, Charles Foster Kane hired the best journalists available to build the Inquirer‘s circulation, so too can you win when you have taken the best ideas, the best concepts, the best practices, and the best people from your competitors.

Instead of finding fault with an online company selling eyeglasses cheaper than you can or a mall store selling the same pedestrian brand names everyone else is, isn’t it time you looked instead at what your competitors are doing better than you? When you have the best of everything, from ideas to inventory to personnel, you will be the best of everything for your customers as well.