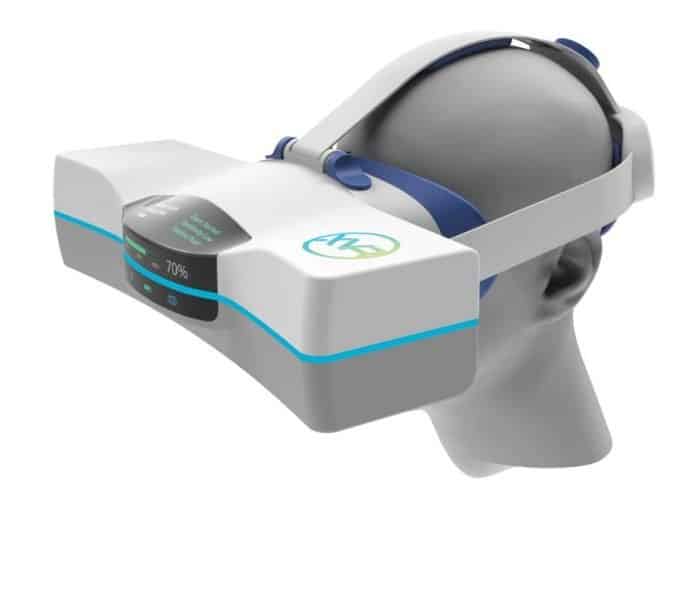 Xenon-VR Inc. announced the Xenon-1, a novel medical grade patented mobile virtual reality headset which will transform visual field assessment for both the doctor and the patient. This unique headset contains liquid lens technology which can be customized to each patient’s refractive error.

According to practicing optometrist, Dr. Robert Gilligan, a major advantage of the Xenon-1 head-borne goggle is that it eliminates the need to maintain the patient’s chin and forehead in a fixed position for the duration of the test. Other advantages include the significant cost savings of the Xenon-1 compared to traditional Visual field machines, increased office efficiency and revenue, and improved space utilization.

From the technical side, Zeshan Khan, CEO, and Founder of Xenon-VR Inc. states that the patented system allows for easy addition of clip-on testing modules. The paired tablet allows remote access to data in real-time.

Steve Susanibar, CTO and co-founder of Xenon-VR Inc. explains that significant time savings occur when a patient does not need to move between rooms or individual pieces of equipment while performing the Xenon-VR visual field test, autorefraction, and subjective refraction. He further explains that after the technician places the headset on the patient, the device instructs the patient on how to proceed with testing. Visual instructions are also provided for hearing-impaired patients.

The software automatically and alternately occludes the non-tested eye. Responses are recorded from button clicks on the ergonomic handheld controller. An artificial intelligence-driven algorithm archives the exam data in a secure cloud allowing doctors to view the data in real-time, either in-office or from a remote location.

An early prototype vetted in four practices received positive feedback from both doctors and patients. The initial launching of the Xenon-1 will take place in Q2 of 2022 for clinical studies. The Xenon-1 will be commercially available by the end of Q4 2022.

Optometrists and ophthalmologists are the anticipated initial users of the device but opticians, hospitals, off-site health screenings, and other practitioners may find it beneficial as well.

The device is purchased along with an annual licensing fee which includes all software updates. This FDA-Registered Class 1 device is manufactured in the United States and integrates with electronic medical records. Xenon-VR will be giving live demonstrations at the International Vision Expo, New York, April 1 – April 3 at booth — F4564. For more information, visit their website at www.xenon-vr.com