175 years ago, on 17 November 1846, young mechanic Carl Zeiss opened his workshop for precision mechanics and optics in Jena, thus laying the foundation for what would become ZEISS.

To mark this special day, the company ran a celebration event, the highlight of a jam-packed anniversary year. The virtual event took place on 16 November 2021 at the Volkshaus, in the company’s founding city Jena. During the virtual event, Dr. Karl Lamprecht, President, and CEO of the ZEISS Group praised the company’s successful past, celebrated its present, and shared his outlook on the future.

“ZEISS’ unique history and its exceptional achievements make it a truly extraordinary company. Its 175 years also demonstrate the company’s high level of resilience and its willingness to accept change. And, above all, ZEISS’ tremendous passion, coupled with its pioneering spirit and its pragmatism in challenging and pushing the limits of the technically feasible,” said Dr. Lamprecht. “175 years of ZEISS are more than just a historical milestone in our corporate history. It’s also what motivates us to look ahead and help contribute to a bright future shaped by technological innovations.”

In a video message, German Federal President Frank-Walter Steinmeier congratulated all ZEISS employees around the world: “175 years of ZEISS is much more than an anniversary. Its interplay of entrepreneurial spirit, drive to research, and inventiveness make the ZEISS Group a pioneer of modern industry.” The President underlined ZEISS’ responsibility as a foundation-owned company: “Thanks to Ernst Abbe’s visionary realization that economic success, scientific progress and social cohesion all go together, he set up the Carl Zeiss Foundation and thus paved the way for the company to take entrepreneurial responsibility for the common good.” He also expressed his conviction that we most definitely need this collaboration between science and industry to achieve goals like climate neutrality as well as to safeguard jobs and ensure social welfare.

“As ZEISS’ sole shareholder, the Carl Zeiss Foundation benefits in particular from the economic success of its foundation company,” said Minister Theresia Bauer, Chair of the Carl Zeiss Foundation Administration, adding: “Upwards of 300 million euros have been invested in more than 700 research projects since 2007 alone. This makes it one of the largest private foundations in Germany committed to the promotion of science. I’d like to thank all our employees for enabling us to promote science through their innovative power,” said Dr. Dieter Kurz, Chairman of the Carl Zeiss Foundation Council and Chairman of the Supervisory Board of Carl Zeiss AG and SCHOTT AG. He analyzed the reasons behind ZEISS’s success: “ZEISS 175 is the fascinating story of an evolution from a small workshop with just one employee in Jena to a global market leader for the optics industry that employs 35,000 people. However, it’s a success story that’s not as straightforward as it looks today. In fact, it’s a story packed with twists and turns, ups and downs. Its long-term success has been possible because core virtues, values, and skills have always been protected, while plenty of other aspects have been reinvented time and again. This is part of ZEISS’ innovation culture.”

ZEISS is taking the anniversary as an opportunity to look back over its successful technology story. After a 5-million-euro donation to the Deutsches Museum last summer, the initiative “A Heart for Science” will now be launched.

ZEISS is thus expanding its social commitment and pooling existing STEM projects in the global initiative to bring kids and teenagers together under one roof. Meanwhile, new activities are being run worldwide.

Social responsibility has a long tradition at ZEISS. Social commitment and the promotion of science and education are among the company’s basic principles. The Carl Zeiss Foundation was established in 1889 and quickly compiled guidelines that have remained key for ZEISS to this very day. The new initiative “A Heart for Science” is ZEISS’ way of forging a link with this tradition and it is campaigning to encourage young people to pursue the STEM subjects.


Thuringia’s prime minister Bodo Ramelow also congratulated the company on its anniversary: “This year, ZEISS is looking back over a history spanning 175 years. And with the high-tech site in Jena, far into the future as well. “Here, the future is a tradition” This tagline clearly applies to ZEISS in particular,” said Ramelow, adding: “This company is steeped in tradition while also standing for innovation. Following on from Germany’s eventful history, the company is now a top global player in the optics and optoelectronics industries. ZEISS is a boon for Jena and for Thuringia as a whole. I would like to congratulate ZEISS on its 175th anniversary and thank the Executive Board and the entire workforce for their exceptional efforts and their loyalty to the company’s founding site.”

ZEISS has invested over €350 million in the high-tech site. On an area measuring 80,000 square meters, the new ZEISS high-tech site in Jena will accommodate more than 2,000 employees. The aim of the new facility at ZEISS’ founding site is to lay the groundwork for further growth at the ZEISS Group. An efficient building, new infrastructure, and cutting-edge workplaces will all play their role here.

ZEISS is an internationally leading technology enterprise operating in the optics and optoelectronics industries. In the past fiscal year and across its four segments Semiconductor Manufacturing Technology, Industrial Quality & Research, Medical Technology and Consumer Markets, the ZEISS Group generated revenue totaling more than 7 billion euros (detailed figures will be announced at the annual press conference in December).

For its customers, ZEISS develops, produces and distributes highly innovative solutions for industrial metrology and quality assurance, microscopy solutions for the life sciences and materials research, as well as medical technology solutions for diagnostics and treatment in ophthalmology and microsurgery. The name ZEISS is also synonymous with the world’s leading lithography optics, which are used by the chip industry to manufacture semiconductor components. There is global demand for trendsetting ZEISS brand products such as eyeglass lenses, camera lenses and binoculars. 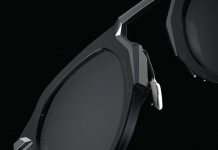 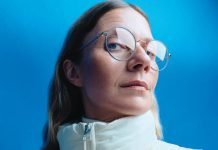 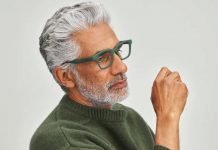