In addition to providing the stylish eyewear looks of the lead characters, the partnership between Zenni and Tootsie will include a national fan sweepstakes that will see a lucky winner enjoy an all-expenses-paid trip for two to New York City (including airfare and hotel for two nights) a pair of tickets to see Tootsie, a meet and greet with the cast and a signature pair of Tootsie glasses made to their personal specifications.

While the cast of Tootsie performs at the Broadway in Bryant Park event on Thursday, August 15, attendees will have the chance to purchase glasses from Zenni’s Tootsie Musical Collection in a variety of lens styles including non-prescription Blokz blue blockers and sunglasses in various tints.

“Zenni is proud to partner with such a runaway hit musical like Tootsie, and it’s been so much fun developing and providing the glasses that bring Dorothy Michaels’ character look to life,” said Sean Pate, head of partnerships for Zenni. “With eyewear so integral to the costume design in Tootsie, offering the chance for fans of the show to get those same looks was a natural partnership opportunity.”

The Tootsie Musical Collection features four key style choices as seen in the show including the signature pair of red frames worn by Dorothy Michaels as well as a secondary cat-eye pair worn in additional scenes. Other styles included are a black rectangular frame inspired by the musical’s infamous director Ron Carlisle and Michael Dorsey’s comedic roommate Jeff Slater’s timeless square frame in tortoise shell. To get your favorite Tootsie-inspired look, visit www.zenni.com/Tootsie.

“I am thrilled to be partnering with Zenni on this show,” said Tootsie’s lead producer Scott Sanders. “Dorothy Michael’s eyewear is iconic. It’s exciting to take it from the stage and bring it to our theatergoers.”

Before buying from the new Tootsie Musical Collection or any of Zenni’s 2,500+ stylish frame options, customers can use Zenni’s 3D Virtual Try-On feature. The tool offers customers a true to life preview of the glasses on their face using a quick facial analysis tool and shoppers can virtually “try on” 50 glasses at one time.

In addition to the official Tootsie partnership, Zenni is also showing up in a multitude of pop culture avenues throughout sports and entertainment. In October, 2018, Zenni forged a landmark partnership with the Chicago Bulls to serve as the iconic basketball franchise’s official eyewear partner and first jersey patch sponsor. Zenni also recently became the official eyewear partner to the Golden Guardians – the NBA’s Golden State Warriors League of Legends Championship Series (LCS) team. Additionally, Zenni penned a partnership with Lifetime’s American Beauty Star and a complementary ad campaign and had a presence at a number of summer musical festivals this year including The Governors Ball in New York City and Life is Beautiful in Las Vegas.

Zenni Optical pioneered the online eyewear business in 2003 to make prescription eyewear affordable and accessible to everyone. Based in Marin County, California, Zenni offers men, women, and children the freedom to express their personal style and individuality through high-quality prescription glasses and sunglasses. With its curated collections and thousands of frames, Zenni has sold over 25 million pairs of glasses since its founding. Zenni is proud to be the Official Eyewear Partner of the Chicago Bulls. For more information, visit www.zenni.com or connect on Facebook, Twitter, Instagram or Pinterest.

TOOTSIE tells the story of a talented but difficult actor who struggles to find work until one show-stopping act of desperation lands him the role of a lifetime – as the star of a new Broadway musical. 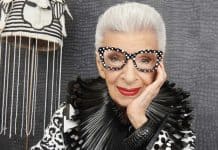 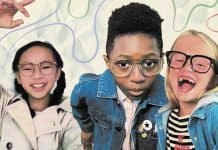 Coco and Breezy Collaborate With Zenni 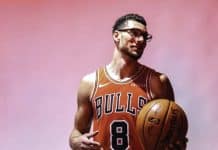